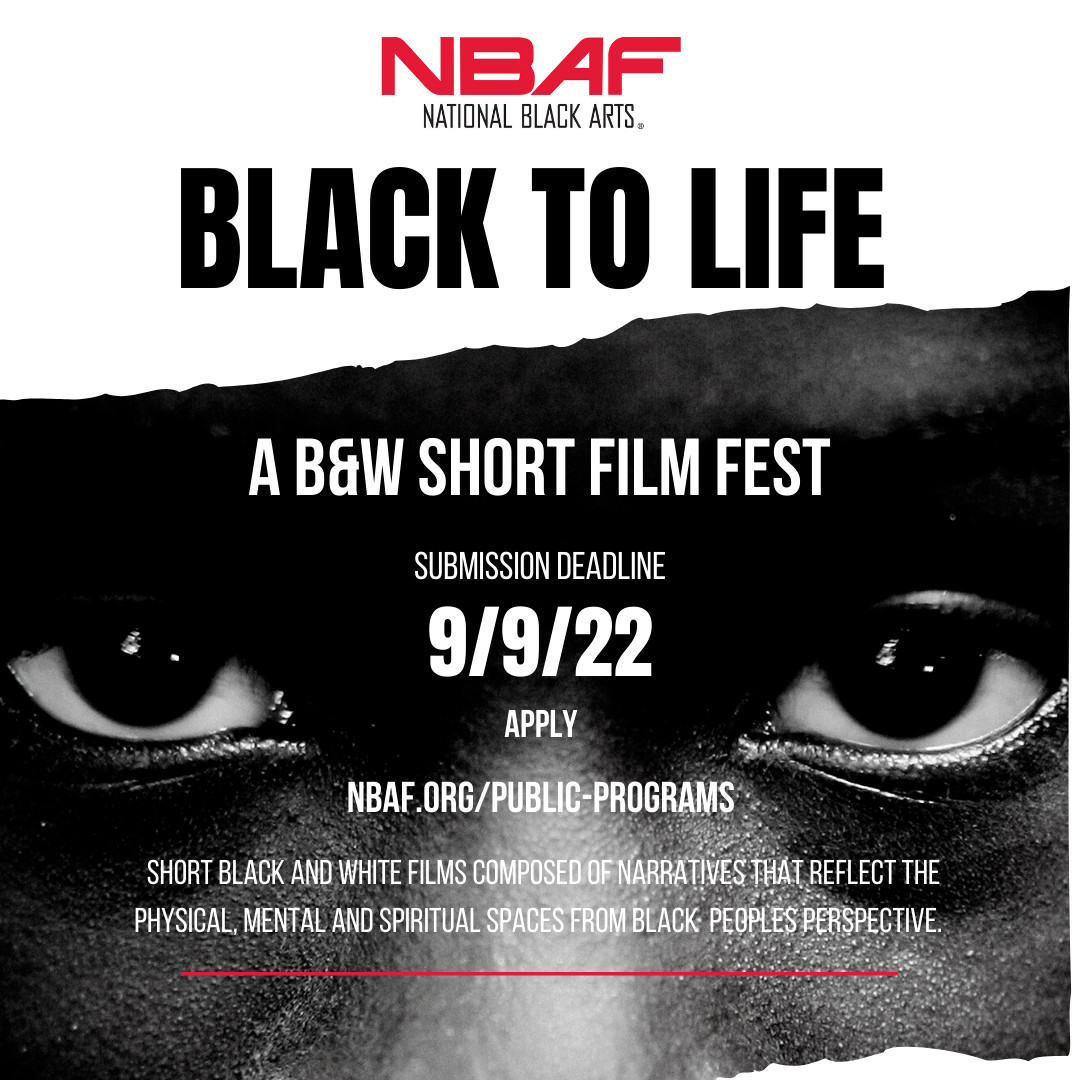 NBAF presents Black to Life, a film festival of black and white shorts centering narratives that reflect the physical, mental, and spiritual spaces that encompass the daily lives of Black people.

Accepting all film genres from horror to comedy, The Black to Life film festival seeks films from emerging and independent artists of African descent.

Submitted films should utilize the simplicity of the black and white medium to present authentic portrayals off complex characters, emotions, and narratives. Navigating the realities of “living while Black”, the Black to Life film festival seeks works whose narratives play in the gray area of surviving and thriving.

All submitted films will be judged by a peer review jury of filmmakers and film industry professionals. Film submissions should be in black and white, and should run between 5 and 30 minutes in length.

The deadline for submissions is Friday, September 9th. Selected films will be announced on September 19th.

The NBAF Black to Life short film festival will take place in Atlanta, GA in mid/late October. Final date and location details to be released soon.

Films must be in black and white, created by filmmakers of African descent, and between 5 and 30 minutes long.