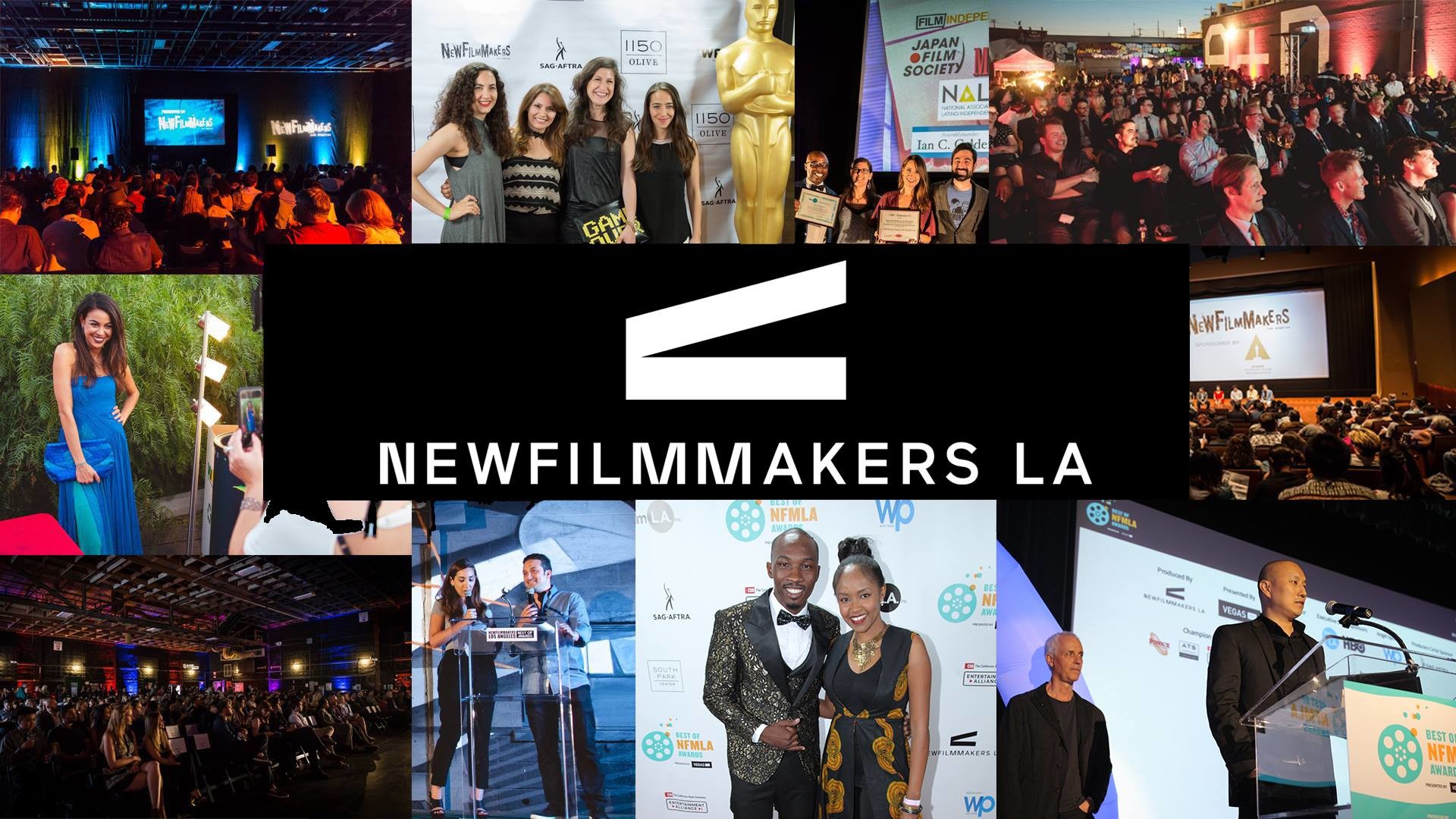 NewFilmmakers Los Angeles (NFMLA) presents the NFMLA Monthly Film Festival, a uniquely intimate opportunity that provides a filmmaker focused festival approach by an intently devoted team. The model, a monthly festival with a very small number of official selections per month, generally fewer than 20, provides filmmakers with maximum attention and commitment from the Festival audience, participants and staff. This format allows NFMLA to serve a similar number of filmmakers as most annual Festivals (around 180 per year), while being able to dedicate its efforts to a core group every 30 days throughout the year.

NFMLA screens short and feature films (narrative, documentary, experimental and animation), as well as music videos and new media projects by content creators of all backgrounds throughout the year in addition to our InFocus programming, which places a special emphasis on diversity, inclusion and region. All filmmakers are welcome and encouraged to submit their work which will be considered for all upcoming NFMLA Festivals, regardless of the InFocus programming.

NFMLA is a not-for-profit organization that champions emerging filmmakers from around the world and has screened over 3,000 films from 85+ countries. In an effort to showcase, support, educate and build relationships for next-gen filmmakers, NFMLA has rapidly expanded beyond the NFMLA Monthly Film Festival to host an array of workshops, panels, competitions and networking programs.

NFMLA is seeking submissions from filmmakers who are eager to gain access to industry professionals, audiences and resources. Our programming includes Festivals at the South Park Center in Downtown Los Angeles and select Festivals presented in partnership with the Academy of Motion Picture Arts and Sciences. NFMLA offers an unforgettable festival experience that helps kick start the careers of new storytellers.

In addition, NFMLA awards cash grants through various NFMLA programs and initiatives such as NewNarratives in partnership with WarnerMedia 150, the Anthony Rhulen Film Fund and more. In 2021 NFMLA awarded over $125,000 in cash grants and prizes.

*****IMPORTANT NOTE ABOUT SELECTION AND NOTIFICATION:

NewFilmmakers Los Angeles screens monthly year round. FESTIVAL DATES, NOTIFICATION DATES and DEADLINES displayed on this FilmFreeway listing are for expiration of this listing and ARE NOT our screening dates.

Completion Date Requirement:
We can only accept films that have completed post production within a maximum of 12 months from the date of their submission to the festival.

Distribution Policy:
As is the industry standard among many festivals, in all instances except Music Videos and ‘New Media’ programs, we generally do not screen films that have theatrical distribution nor films that have been posted online without password protection, or are available for streaming on a VOD platform (with the exception of SVOD for short films). However, we reserve the right to make exceptions to this rule on a case by case basis.

Notification Policy:
NFMLA sends decline notifications on a rolling basis, and will contact you directly by phone if your film is shortlisted to go into the next round of consideration. A phone call is just a next step in the shortlisting process and does not mean your film has been accepted. Films have only been accepted once they have been sent an Official Acceptance Notice.