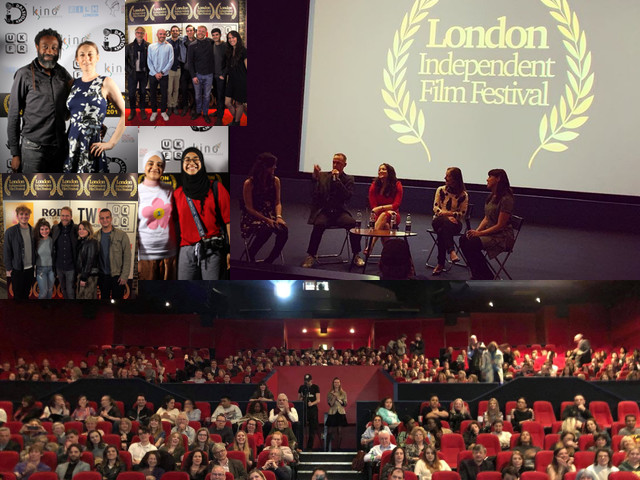 The London Independent Film Festival (LIFF) is devoted to the advancement of first- and second-time filmmakers telling amazing stories with limited budgets. Hosted every spring at the Genesis cinema – repeatedly voted the best cinema in the UK – the 2023 London Independent Film Festival will screen the work of over 100 filmmakers from around the world. Stretching over 11 days with numerous industry events, LIFF offers an unmissable opportunity for networking and building collaborations for future projects. It's little wonder that Time Out Magazine has called LIFF "a treasure trove of undiscovered cinematic gems, one of Europe's top indie film fests".

With a reputable support system for emerging filmmakers, LIFF includes popular training programs run by industry professionals who understand the ins and outs of moving a filmmaker's career to the next level.

1. All film submissions should be made digitally, not via DVD’s in the post. If you are unable/unwilling to use digital submission, please contact us and we’ll work something out.
2. If selected to be showcased during the event, all screening copies must be received by March 1, 2022
3. All photos provided must be clearly identified. Photos may be used for any festival promotions.
4. Films which have been broadcast on Television, Cable or have had an international theatrical release prior to LIFF are NOT eligible for any competition but may be screened, out of competition.
5. Non-English language produced films must have English subtitles or be dubbed in English.
All entrants certify that they have been given full rights to use any and all music in their films.
6. Film Producers are responsible for insurance and shipment costs of films to LIFF.
The title of the work and name of entrant must be on all mailing containers, labels, can reels and film leaders.
7. Selected film entries will be notified by Feb 10, 2021. Jury Award and audience award winners will be announced at the Closing Night “It’s A Wrap” Party. An Awards Certificate will be awarded to the winners. Some Award categories may have co-sponsors providing prizes. One award or prize will be given to the individual designated on the official entry form.
8. Filmmakers or screenwriters accepted and are attending the festival are responsible for travel, lodging, and all other expenses.
9. Filmmakers or screenwriters accepted into LIFF will receive the following:
Two(2) festival passes per submitted film to see all the festival films FREE
Admittance for filmmakers to the “Opening Night Event” or the “It’s A Wrap Party”
10. Film prints and other film material will be handled with utmost care. However, neither the LIFF staff nor supporting theatre organisations staff can assume responsibility for damage or loss of the print and other film materials, en route or otherwise, during the course of the festival’s possession of the print.
11. All stated information, eligibility and submission guidelines, terms and conditions of entry, and entry information is subject to change by the London Independent Film Festival, without notice.