The Wind and the Trees

Deep in the boreal forest, a mature pine tree and a seedling begin a conversation. As the years pass, they observe the ever-present wind and the many ways it affects them. A quiet story about the circle of life.
Adapted from the Governor General's Award nominated children's book of the same name.

Todd Stewart is a silkscreen printmaker, author and illustrator based in Montreal, Canada. "The Wind and the Trees" is his first film.

This is the animated film version of a picture book, the first book I both wrote and illustrated, which was nominated for the 2021 Governor General's Literary Award.
While working on the book, I had always envisioned the movement of the trees in the wind and it seemed a logical next step to bring this movement to life through film. The artwork for the book was made entirely in silkscreen prints and I incorporated silkscreened elements throughout the film.
The dialogue between trees in the film comes through the sound of the wind, which is then subtitled. It was my conscious decision to not give human qualities to the trees, and therefore not to have human voices provide the dialogue.
We received funding to produce the film from the Canada Council for the Arts. 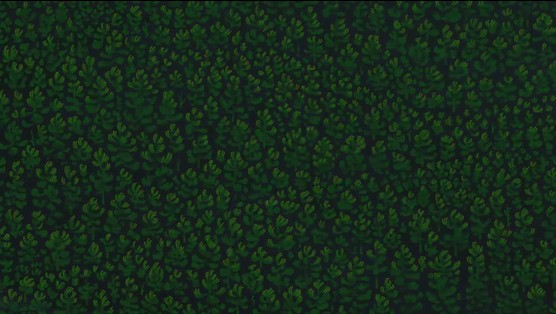