Based on the true story “Reavey Brothers” is set on the nights leading up to January 4th, 1976. The Reavey family, Anthony (Dylan Llewellyn), John-Martin (Niall Mcnamee), Brian (Kevin Nugent) and matriarch mother Sadie (Geraldine Alinden), live in a world torn by the atrocities of The Troubles and their reputation in the community is to work tirelessly towards anti violence. We follow youngest brother Anthony, an aspiring footballer and writer, as he struggles to avoid the mayhem of bitter hatred and violence intertwined within their lives, until that is threatened when conflict arrives on their doorstep.

This is a gripping family drama that explores religious divide, the importance of family and how events beyond their control result in heartbreak.

A nephew of the Reavey brothers, the multi award-winning director will be crafting this piece together. Having also co-written the piece, John's relationship to the topic is undoubtably one which will be evident within.

Having completed work with the BFI at a young age and winning awards at local film festivals - Reavey took his first large step into the industry moving to London to work and study in film production. A neat eye for digital and social content, John began working with large online personalities including Caspar Lee, Joe Sugg and Georgia Toffolo.

It would be a year later when Reavey would produce his first documentary, “Why are there no openly gay footballers?”, commissioned by football organisation COPA90. This piece would go on to be featured across Sky TV, Trainline WiFi, along with many other platforms.

Other clients Reavey has worked with include Tommy Hilfiger, Stand Up To Cancer, Victoria Square and Matty Healy to name but a few.

A story 45 years in the making, finally being told from a modern perspective. I've grown up hearing all about my uncles, and as I got older began dreaming about this story in more and more detail. I've spent a lifetime imagining how I thought the boys lived their lives. A story told completely from the blood of the family, in a modern approach.

Handling something this delicate has been a strongly heart warming and rewarding process.
During the research period it became clear to me just how much this film meant to not only the community, but to the entire generation which suffered in these times.

Northern Ireland is a small place, and Whitecross is even smaller. These stories are never given public recognition - and it's time to shine a light on them. There are so many stories which have not been told, so many cases which have not been given the respect they deserve. I want to pay tribute to not only the three Reavey Brothers, but everyone who has suffered from the troubles, to be remembered forever.

This piece is bold. This piece is raw. A story surrounded in controversy and 45 years in the making - will finally be told. 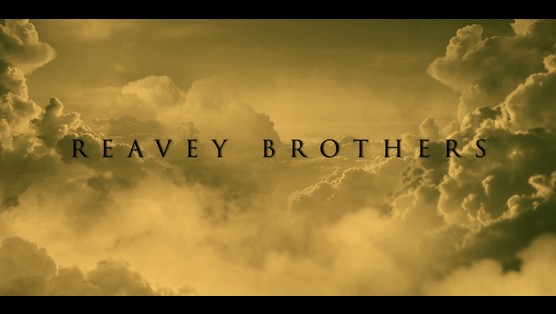