After years of being estranged, recovering alcoholic Joyce Bryant and daughters Dee and Candace are forced under the same roof where time and secrets have eroded their family bond. Tensions in the house escalate as an old crush morphs into something deeper for Candace, and Dee finds herself falling for sexy newcomer Harper. Lies and surprises may sabotage the once inseparable sisters. To save their family, Joyce, Dee, and Candace must find courage to confront their past and expose their truth. Quiet as Kept tells a story of women learning to stand in their bravery and the power of breaking silences.

While studying English and African-American Studies in college, the budding writer/director decided to share her daydreams with the world by becoming a filmmaker. To master her craft, she enrolled and graduated from the USC School of Cinematic Arts. Sharp’s USC thesis film, “Triple Minority,” has been an audience favorite at numerous film festivals, including the 2006 Pan-African Film Festival in Los Angeles, 2006 London Lesbian and Gay Film Festival, and Frameline 30: San Francisco International Film Festival. The film was awarded the audience award for Best Female Short Film in both the 2006 Long Island Gay and Lesbian Film Festival and the Sacramento International Gay and Lesbian Film Festival. The film was also awarded the Best Narrative International Lesbian Short in the 2006 Tel Aviv International LGBT Film Festival. The film premiered on MTV’s LOGO cable channel and appears on the web as part of The Click List: Best In Short Films on www.logoonline.com. Wolfe video, the leading distributor of gay and lesbian film, distributed Triple Minority as part of their 2007 She Likes Girls 2 compilation DVD.
Since graduating from USC, Sharp has worked with such industry heavyweights as Patrick Ian Polk (“Noah’s Arc”), Kasey Lemmons (“Caveman’s Valentine”), Edmonds Entertainment, and Debbie Allen (“Fame”). As the principal of A.Sharp Productions, she built on her industry experience and produced her original television pilot, “Don’t Go,” which received the Best Director Award in both the Oakland Black LGBT Film Festival and Long Beach Q Film Festival. "Don't Go," has become a fan favorite at film festivals around the world. Sharp is now embarking on her feature film directorial debut with “Quiet As Kept”.

"I was raised in a home of secrets and distorted truths. To break this cycle of lies I made it my mission to expose darkness to the light. After the passing of my mother Quiet As Kept was born from the shadows of my grief. Quiet As Kept transforms the pain, truth, and consequences of hiding into healing through the story of one family… some by blood, some by choice. I felt it was important to show accomplished women with flaws and secrets and pain to move through. I choose to explore the repercussions of a family with an extensive history of dysfunction and hurt. Quiet As Kept is an homage to my family as a whole and my mother, may she rest in peace and power. Thank you for giving me the tools I need to shine a light. I love you mommy." 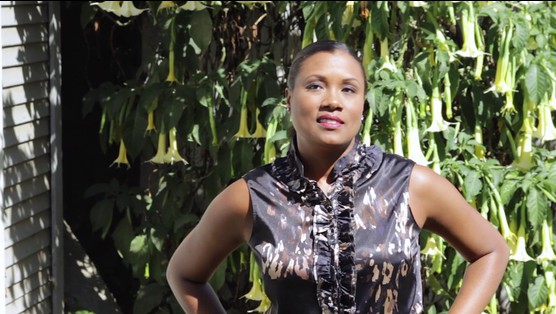