G.K. Simpson is a former dog breeder who takes viewers into a world where money talks, pit bulls are currency and the media perpetuate many of the stereotypes maligning this misunderstood breed. Mercy's Kennel explores the economic backdrop to what is commonly called "backyard breeding" to show how poverty and lack of education are at the root of pet overpopulation and animal abuse in many underserved areas around the country.

To illustrate the plight of the pit bull, G.K. and former breeder Byron Haygood (B. Good) interview shelter officials, rescue groups, breeders, dog fighters and everyday people on the street. Our story takes a tragic turn when G.K.'s childhood friend Matthew Hardeman is brutally murdered. G.K. and Matt's brother Mickey (Snoop) search for solutions to the violence of poverty paralyzing so many inner-city communities, and their quest inevitably leads them back behind bars to more dogs...and people in need of rescue.

The parallels drawn between pit bulls and people are unmistakable, unintentional and completely unavoidable. Ultimately, Mercy's Kennel is a story about redemption and salvation that transcends race, culture and economics to present a compelling look at the challenges facing pit bulls...and people living in an increasingly hostile world. As Mahatma Gandhi once said, “The greatness of a nation and its moral progress can be judged by the way its animals are treated.” We think the jury is still out on that one.

A native of New Orleans, Louisiana, Tracy Bishop earned his bachelors degree in Media Production at Florida State University, and parlayed an internship at CNN into a twelve-plus year career in network news promotion. Some of his accomplishments include work on campaigns to launch and promote websites, international newscasts and the CNNj network in Tokyo, Japan.

With the advent of Fox News and MSNBC, the nature of TV journalism began to change. Context was out, conflict was in and Tracy found himself at a crossroad. One day, he set out on the disastrous road less traveled some would call their search for a new career path. In many ways, it was an incredibly stupid decision. In one, it was brilliant and the result is Mercy's Kennel.

Broken Dogs. Broken Hearts. Broken Promises. Broken Relationships. Broken Cars. Broken Computers. Broken Cameras. Broken Phones. What didn't we break? Did I mention that we're broke? The next time anybody hears me say, "Let's make a documentary!" with no cash, no funding, no cameras, no equipment and no viable edit system in place, please come slap me!

Most of all, I sincerely want to thank everyone who gave and gave and are still giving to help make this crazy dream come true. You have all been very patient, and I hope you are as proud of our achievement as I am. Woof! 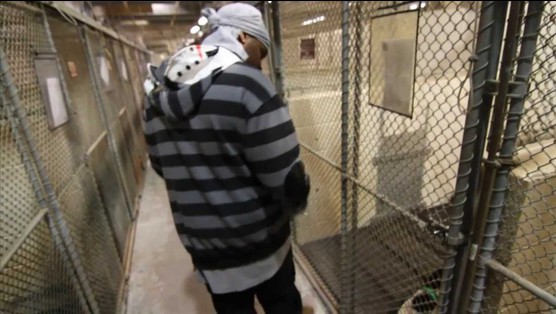