An eco-tourist realized his experiences visiting elephants in national parks and sanctuaries in Cambodia and Sri Lanka have unintended consequences.

"Humans and Elephants" is the debut film made by Alex Leonard, a current graduate student at Western University in London, finishing his Masters in Environmental Sustainability.

The film has been 8 years or so in the making, following Alex's journey as an elephant ambassador visiting numerous research facilities, sanctuaries, and national parks. The documentary follow's Alex narrative as he discovers the significance and impact of both tourists and local people in their relationship to elephants.

From fundraising in highschool for a sanctuary to traveling at 18 years old visiting the Elephant Valley Project in Western Cambodia, Alex has had several experiences interacting with elephants. Over the years, Alex always kept a camera by his side, which has helped bring the film to life. Alex has fundraised for elephants in Montreal through art sales, presented about their wellbeing in Canada and the UK, conducted research in Sri Lanka, and now created a film about the topic to help educate others.

Elephant conservation has always been a film that Alex has been passionate about and he now hopes to continue his objective of sharing that love for these sentient beings with others.

Humans and Elephants is a compassionate and surprising story about the role that both elephants and humans have on each other in shared spaces over time.

Humans and Elephants is a short documentary told through multiple perspectives, revealing the shortcomings and successes of elephant tourism throughout parts of Asia.

I would love to hear from you and what you took away from my documentary!

You can reach me at 519-902-0340 in Canada or via email at alexleonardmedia@gmail.com from anywhere.

I hope that you consider my film eligible for your film festival. I am focusing to start by submitting my film to environmental film festivals in hopes that it is picked up to help raise awareness.

I wanted my film to spark a larger conversation about tourism and the impact people have, to make them more considerate when abroad next. 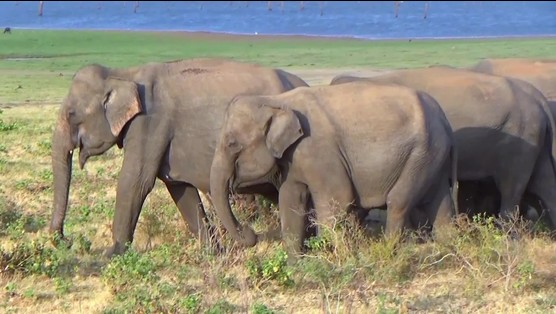