A movie about love, hope, and despair by Martin Beek and Karel Hamm. An unexpected love story, approached from an unexpected angle, with a terrified anti-hero, a milkmaid, and a dead comrade...

After the liberation of Flanders and the south of the Netherlands by the Allies, the frightened young German soldier Heinz is left behind (and left alone) in a German Atlantic Wall bunker, where he is consumed by fear, loneliness, and homesickness.

A short feature film about fear, loneliness, betrayal, love, and salvation, set around and after the liberation of the south of the Netherlands at the end of the Second World War.

The film also portrays Heinz's lonely life in the claustrophobic little bunker of only a few square meters. From 1944 onwards, German soldiers who were unfit to be deployed on the battlefield often ended up as bunker crew for "Atlantik Wall" bunkers across Europe.
They lived in cramped spaces devoid of light and fresh air.
A minority managed to survive on contaminated water, crackers, and Crystal Meth (Pervitin) tablets. Over 200 million Crystal Meth tablets were delivered to the German forces over the course of the war; driving many of them mad...
But... - spoiler alarm - for Heinz, the movie has a happy end in store 😉

Last but not least, The film addresses a controversial Dutch subject, in which a Dutch girl's feelings for a German soldier, 76 years after the liberation, is still a sensitive subject.

Created by filmmakers Martin Beek and Karel Hamm, with a Jewish and a German family background, who both grew up in families scarred by the war; on opposite sides of the conflict.

All decors, all props, uniforms, insignia, weapons - even underwear - are 100% authentic and supplied by several war museums and collectors. Even an original 1944 Arriflex B1 35mm camera was used on selected shots.

Please read the director's statement at the start of the screener regarding nazi emblems and -ideology.

Director Martin Beek (IMDb: http://www.imdb.com/name/nm3727391/) has been credited for award-winning camerawork e.g. as documentary filmmaker for Steven Spielberg's Survivors of the Shoah, research photographer for Schindler's List, and effects-camera technician on Gorilla's in the Mist, Superman IV, High Spirits, Empire of the Sun (Spielberg) and Willow (Ron Howard).

During the 90's Martin directed many music videos for MTV, Superchannel and TMF.

His firs short movie "Free fall" on the subject of aids and HIV has been awarded with the 2010 audience award for best feature at the Los Angeles Movie Awards.

I made this movie with my co-writer, co-director, and life-long pal Karel Hamm. We started in 2020 with the motivation "let's do it one more time" 😀 and filmed this story that was on our minds for many years already.

35 years ago, we became life-long friends despite our differences.

We both live and work in the Netherlands (south). I'm currently 58 years of age, and Karel is 69.

We are fully independent, micro-budget filmmakers and don't consider ourselves to be part of the Dutch "film scene" - which centers in and around Amsterdam. We are the filmmaking hillbillies of the lowlands... 😉 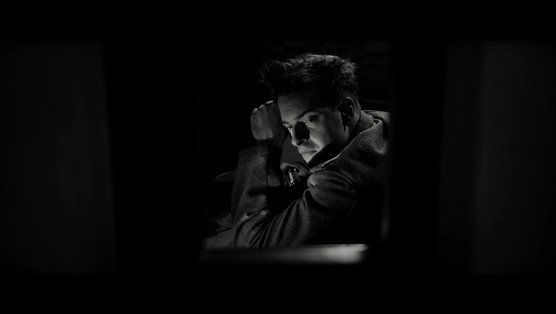