One of the problems nowadays is that a lot of young people are trying to commit a suicide. The main character of the film is an 18-year-old boy named Daniel who is going through a difficult period of his life. He is extremely affected by all his troubles and it seems to him that the only way out is to end with his life. The film tries to show that in spite of great amount of difficult situations that occur in our life it makes no sense to end it because there's always something to live for.

Benjamín Haverla is a filmmaker based in Martin, Slovakia. He has been studying Information and Digital Technologies studies for four years at Private Secondary Technical School in Poprad founded by the Tatra Academy n. o. He started to make films when he was 12 years old. Later he gained success in film competitions for youth and children in Slovakia. As an actor, he collaborated on advertising for an ISIC company in Slovakia. His main career goal is to direct a feature film.

I chose to direct this film because I have heard a lot of young people around me claiming that their lives were meaningless. However, I think that there are a lot of reasons for them to be happy. And this was my inspiration for the film in which I am trying to show that we shouldn't lose hope and see only the negative. The main character named Daniel experiences a hard time in the film. Luckily he has got a friend Alena who has always been interested in him. A lucky coincidence, that caused Daniel to fall down onto the roof before he jumped off it, forced him to reflect and reconsider his life. There he realized that Alena makes him happy and that she is worth living for. Maybe, if we all behaved like Alena, more people would live happy and meaningful lives.
I was inspired by the work of people who screened the film only with a point of view shot. Therefore, I have decided to portray Daniel's memories in the point of view shots to distinguish the time of the story and emphasized the flashback moment. Working with this crew was fun because everyone had a film spirit and a sense of humor. And the best part is that everyone did it voluntarily and with joy. The experience from the work on this film will help me with my future projects as it was my first experience of shooting the film according to the script, storyboard and I tried the point of view shot for the first time. I have experienced a lot of working on this film. 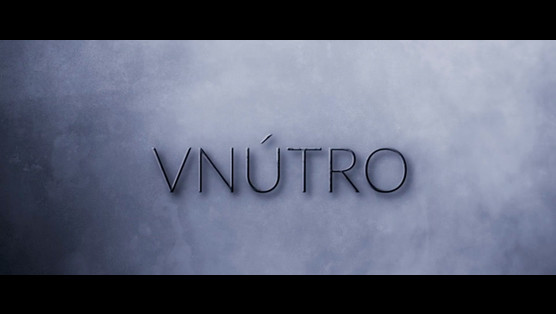