Climate Countdown: Taking it to the Courts Post-it

Climate Countdown is a web-series that maps out the ecology of climate solutions. While Season 1 focused on what people were doing to make the Paris Agreement a success, Season 2 explores what strategies are needed to keep climate action moving forward despite a US government that has decided to exit the Paris Agreement. One key strategy is taking it to the courts - people around the world are using the judicial system to tackle the climate challenge in unique and exciting ways.

Kaia is a freelance filmmaker based in New York City. She is the creator and director of Climate Countdown, an award-winning webseries that maps out the ecology of climate solutions, and believes in the power of stories to enact change. Kaia is a consultant for Connect4Climate at the World Bank, filming high-level events and editing videos focused on climate action; she shoots and edits for Unreel Films, working on dozens of videos for The Juilliard School and editing both short films and documentaries; she is the archive manager on an upcoming PBS documentary about how Medicare helped desegregate American hospitals; and creates content for web-series, theatre shows, educational groups, and organizations such as 350.org, Pathway to Paris, and the Sustainable Development Solutions Network. Before becoming a New Yorker, Kaia lived in the UK where she was the lead producer and studio manager at the BAFTA-winning production company ArthurCox. There she produced and production managed commercials, shorts, TV shows and feature films for such companies as Disney Jr, Aardman Animations, the BBC, the UK Film Council and 20th Century Fox TV. Kaia is a co-founder of the non-profit Craft Film Society and a graduate of the University of Bristol. For more, visit kaiarose.com.

Climate Change is the existential challenge of our time and in tackling it, there are unique opportunities to create the world we want to see. After we celebrated the success of the Paris Agreement at the end of Season 1, the political context of climate policy changed dramatically. My country, the USA, now has an administration that is actively unravelling climate policy and has decided to exit the Paris Agreement we all worked so hard to achieve. Within this new paradigm, Season 2 of Climate Countdown is not only mapping the ecology of climate solutions but also the strategies we need to keep climate action moving forward. Each episode will look at a different way people are tackling the climate strategy, from taking it to the cities, taking on partisanship, taking it to the next generation, and taking it to the courts. Alongside full length episodes, we are also producing Post-it Sized mini episodes on each strategy to reach a wider audience. 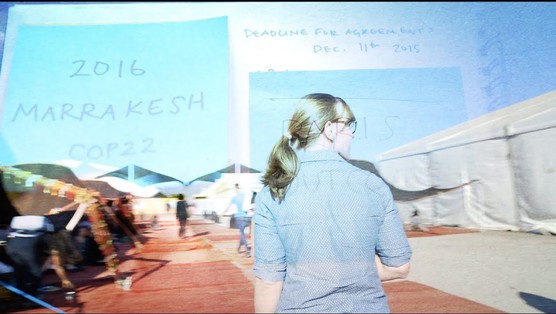