Be My Cat: A Film for Anne

An aspiring filmmaker obsessed with Hollywood actress Anne Hathaway goes to shocking extremes to convince her to star in his film.

Adrian Țofei (pronounced Tsofei) is an acclaimed filmmaker and actor best known for his debut horror feature Be My Cat: A Film for Anne and his upcoming apocalyptic feature We Put the World to Sleep.

IndieWire called Be My Cat: A Film for Anne “a hidden gem, a nonstop nightmare, a chilling character study and a dazzling debut”, Blumhouse said it’s a “new intelligent found footage film you need to see”, and Dread Central named it “revolutionary and dangerous”. Adrian won Best Actor at Nashville Film Festival for his performance in Be My Cat, as well as Best Film at A Night of Horror in Sydney. He directed, produced, wrote and starred in the movie, which premiered in 2015 at Fantasporto, traveled the festival circuit and received critical acclaim (currently 88% fresh on Rotten Tomatoes), being ultimately released by Terror Films in 2018, and has since attracted a cult following.

Adrian Țofei has been married to actress Duru Yücel since 2017, and they have also become partners onscreen in their upcoming feature We Put the World to Sleep, an international coproduction 7 years in the making and Adrian’s most ambitious project to date.

This is my first film and Romania's first found footage horror movie.

My filmmaking method usually consists of working for months on an alternative psychological reality for the actors including myself, partially living in character, so that when we start improvising, I mainly need to record the unfolding events and to make sure the improvisation goes in the right direction. The script mostly consists of plot points. I shoot tens of hours of footage guerrilla style (25 hours for Be My Cat), and then I watch the footage like a documentary filmmaker would and create the details of the story in post-production during the editing process.

I partially improvised Be My Cat in my hometown on a limited budget as director, producer, writer, lead actor, cinematographer, editor and other roles usually done by a film crew, I never used a camera before in my life, had no crew present during shootings other than myself and the actresses, partially lived in character, met the actresses for the first time in character with the camera on, and kept only first takes in the final cut.

I used a language switch during filming to ensure the safety of everyone involved: speaking English meant everyone is interacting in character, and speaking Romanian meant everyone returns to be being themselves (with a few exceptions when the characters had to speak Romanian). Filming was preceded by months of preparation via emails between me and the three actresses. 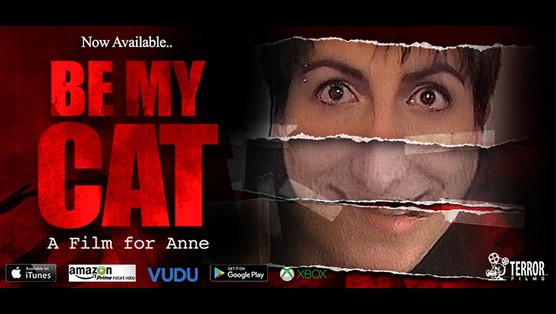