You can't (Kan't) always get what you want.

With the Roman coliseum as the backdrop, our hero, Nico Rothko (mid 20’s) appears. In the most romantic advance Nico Rothko kneels in front of his girlfriend with a diamond wedding ring. After Nico's wedding proposal is rejected, a video of the event is uploaded to youtube where millions of people can witness his humiliation.

Months later… Back in his home city “Megalopolis”, a “Tinder” swiping Nico uses the app to meet beautiful Ana (Mid 20’s) and her mysterious boyfriend Noa (Mid 20’s). Noa and Ana have been together in a stable relationship for four years. Both desire to experience a polyamory relationship. The couple ends up moving in with Nico into his visual artist loft while in a polyamory trio. As the relationship evolves, Noa gives Nico a gift box with a caveat: it is to be opened in a future date. Meanwhile, Nico posts their daily lives on several social media outlets.

As the film progresses, we discover peculiarities of Nico's personality: so to speak, his strengths and weaknesses. On one hand, Nico is a sublime digital artist obsessed with textures and technology. On the other hand, Nico is reckless: he gamble all of his, and his family’s, money in the Bitcoin rise and after months of seeing the money multiply, he loses it all when the bitcoin bubble crashes. When this happens, Nico glitches.

Subsequently, Nico undergoes a rough time, unable to secure a steady job and regain the money lost to negligence but most markedly, an unfortunate event. Noa teases him regarding a couple of job opportunities in companies that Noa doesn’t actually think Nico is a good candidate for. To strike back, Nico applies on-line and gets an interview for one of these jobs. However, it takes place at the same time his family will be evicted from their apartment.

Nico’s alcoholic mother, Santa (late 40s), is certain that before landing a job, Nico needs to solve a few behavioral issues. She in decides to contact Dr. Jimmy (55), the family's psychiatrist. Several years in the past, Dr. Jimmy treated Nico’s Uncle Rudy (47) and biological father Bruno (52). Bruno is a former rockstar/drug-addict/alcoholic turned life coach who never recognized any children as his own.

Santa begs Dr. Jimmy for help but he refuses given that at the moment he is exclusively taking care of his daughter. However, after Dr. Jimmy finds out Nico has diabetes and a pile of severe problems including a strong technology addiction (caused by a childhood trauma), he decides to help Nico in an indirect way.

Outside therapy sessions, Dr. Jimmy realizes Nico has no recollection of events before age 7. Dr. Jimmy decides during a session to confiscate Nico's smartphone to being to tackle Nico's problems. He tells Nico that there are three things he must do to correct his path. Nico must fight against his addictions and work on this fear of rejection. Nico's third problem however, unknown at this point to the audience and Nico himself, must be his priority; solving this particular issue would resolve everything.

Meanwhile, Dr. Jimmy gets in touch with his old patient Bruno and tells him he has a child (Nico). Bruno denies it.

Nico has a hard time without his smartphone and pisses off Noa and Ana. They both have been working on finding who Nico’s biological father is. When they find out, in a desperate action they take Nico to a red carpet and show him who his father is. Nico approaches Bruno but Bruno refuses to accept that he is Nico’s father. Nico breaks into Dr. Jimmy’s office and steals back his cell phone and with it a child's map he finds hidden in an origami star. When Nico returns home Ana and Noa confront him and Noa leaves extremely annoyed.

Bruno reflects on his life and becomes interested in Nico and the possibility of parenthood.

Nico leaves the city and heads towards the woods to find out what's hidden in the map he found at Jimmy's office. Before he leaves the city, unconditional Ana jumps in on his road trip. On the way, they meet free spirited Zoe. Zoe is a twenty something year old woman that grows hemp and has never been with a man. They arrive to a cabin in the woods. Zoe notices that Nico is as cursed as if he was a glitch on an operating system. Everything he touches goes wrong and doesn't work anymore.

Bruno surprises Santa with a visit to make sure Nico is his son. Through social media they follow Nico’s adventure. While following their son’s current life status, Santa and Bruno begin to recap Nico’s childhood through photographs and old memories.

In the cabin Ana, Zoe, and Nico have sex and fun while following the last steps on the map. What Nico finds at the end of the quest is an old video camera with a lot of tapes of child abuse and child pornography. One of the tapes is tagged “Nico”. On an HI 8 tape in an old TV screen, Nico watches a seven year old version of himself abused by his uncle Rudy. He stops posting on his social networks. As this happens Bruno visits Dr. Jimmy and both discuss Nico’s overreaching trauma: the event surrounding Uncle Rudy.

Nico returns to the city to confront his uncle Rudy. When he arrives Bruno and his bodyguards are already there. Bruno embraces his new role as a father. Bruno makes sure no one ever hurts his son again and Kuko kills Rudy.

Zoe starts to notice that Ana’s polyamory behavior is caused by an unconscious desire to be a mother. We find out subtly throughout the film that Ana cannot conceive a child. Zoe offers to be the surrogate mother that Ana needs.

Bruno sees the tapes for himself and the abuse perpetrated by Rudy. Yet, he doesn't know who recorded the tapes. Bruno confronts Dr. Jimmy and asks him about the maker of the videos and finds out that Dr. Jimmy was involved. Bruno realizes that everything was a plan created by Dr. Jimmy. All along, Dr. Jimmy wanted Bruno to find out so that he would get killed and in turn Dr. Jimmy’s daughter could receive insurance money for her father's murder. We later find out that Bruno was not one step ahead, but it was Nico instead who stopped Bruno from killing Dr. Jimmy. Nico comes up with a better revenge against Dr.Jimmy: exposing him on social media. In such a way, Nico avoids having his father kill again and Dr. Jimmy gets a social death.

Nico likes the idea of having a baby with Zoe and Ana. Nico gets a job in the company of one of Bruno’s friends. A big modern family surges.

Nico discovers that all the conflict was to know why he is in this world and that the creator of it all is Noa.

Born Eduardo Arroyuelo Woolrich, in Mexico City on September 4 1973 from the ancestral Arroyuelo family from Spain, and The British Woolrich heritage from the UK. He lived most of his life in the US.

Now named just Arroyuelo Woolrich or Ed Woolrich was 7 years when he started acting in a "Levi's'" campaign.
The following years went by shooting all kinds of stuff, advertising almost every major brand there was in Mexico city. In that period he also moved a lot (he recalls more than 23 different houses back then including one he loved in Monterey California where he lived with his mother, his older brother, and his sister). He went back and forth to Mexico City. High school came up, and he committed fully to his first formal acting training where he developed his love for the stage and confirmed his passion for film. Then as he started getting more serious acting jobs he followed his education with mayor film and acting studies in New York (NYU), London, and Los Angeles.

He was producer and director for many conceptual artist's films and videos such as Stephan Bruggemmann's and Iñaki Bonillas'. He collaborated with the museum of installation in London. He was an active member on the artistic bloom of the Mexican Colonia Condesa art Movement at the turn of the millennium.

In the theater, he carved his way in the "Off-Off theaters" of Mexico City playing roles such as PICASSO in Steve Martin's "Picasso at the lapin agile". He was awarded, in 2005, Best Actor for Mark Ravenhill's "Some Explicit Polaroids". He later produced and directed the plays "Love and Human Remains and The True Nature of Love", "Pizza Man", and "Beyond Therapy". With regular roles in Mexican TV shows he got his small but effective beat break sending Reinaldo Arenas(Javier Bardem) to the hell of Cuban Communist jail in his film debut in Julian Schnabel's "Before night falls" and many more in the Mexican cinema explosion. Eduardo popped in the award winning Mexican smash hit "7 Dias" being honored with Best Upcoming Film Actor Award, by Mexico's cinema journalists (Diosa de Plata) in 2006.

After that, the awards started coming from films and series with HBO, Televisa, Fox and many major Networks.

In 2014 he founded the production and content company called Pictures of You based in Mexico, Spain, and California with Armando Herrera and Alejandro Díazayas.

He has written the Pictures of You ecosystem feature screenplays: "Back in Black", "The Last Crash of D´ego", "La Innombrable", "Pictures of You" (the movie), "Underneath the Day". All under the pseudonym Ed Woolrich.

His feature debut as Film Director and Producer is released on 2021 under the name "You can't always get what you want" A.K.A. YCAGWYW.

He now lives in California and Mexico City. 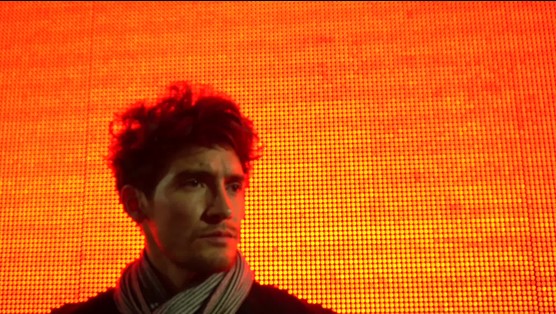