Wide meadows, romping in the woods and building cabins. Leo (12) spends the autumn holidays with big sister Noémie and cousin Emil on Grandma Marlies' farm. However when Leo is surprised by what Grandma Marlies calls big news, Leo faces an identity crisis.

"I am Leo" immerses itself into the emotional world of a child who is on the way to discover their gender identity. A film about expectations that overwhelm, about thoughts that restrict and about the courage to find yourself.

Tajo Hurrle (*1998) studied Motion Pictures at Darmstadt University of Applied Sciences from 2017 to 2021. Their short films were screened at international film festivals and received numerous awards. "I am Leo" is Tajo Hurrle's graduation film, which celebrated its USA premiere at Chicago International Children's Film Festival. They participated in the Academy for Children's Media in 2021/22 and received the author scholarship of the STEP program of HessenFilm to develop their debut series.

I once read the quote "You can't be what you can't see" by Marian Wright Edelman. This sentence immediately resonated with me because it is so true for me.
When I was little, I was told I was a girl. But as soon as I got a sense of self, I felt that I was something different than a girl. I expressed that by cutting my hair short, wearing clothes meant for boys, and acting rebellious. I had a faint idea that trans people existed, but I had never heard the term non-binary. That was in second grade. It took me 14 years to realize that what I felt was called being non-binary. The reason for that is simple: I had never heard of, let alone seen, non-binary people in my life.

When it comes to gender identities, there is still a lot to be done in terms of representation. With my short film "I am Leo," I want to contribute a small part to the visibility of trans and non-binary children. All children deserve to see themselves on screen - and to be seen. I hope to start a discussion between children and caregivers about gender identities. And just as this film helped me discover my identity, I hope it will help other people find theirs. 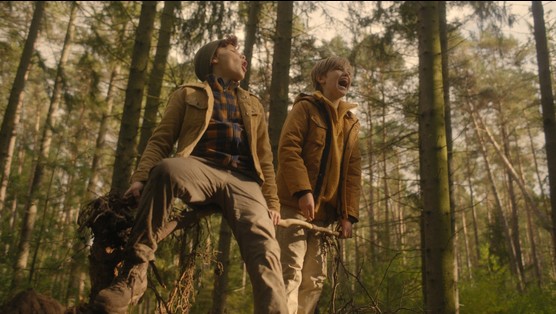