Volunteering, on the Line

Preservation, heritage steam railway lines in the UK have existed and grown primarily through volunteers and legacies driven by the nostalgia of a time gone by. With the numbers of people with a memory of steam diminishing, the income and support for this important part of history is drying up too and working museums are now having to find other avenues for their much needed income and voluntary support. This feature documentary goes behind the scenes of Britain’s oldest full gauge preservation line, now in its 60th year, with Forge Photography's presenter Becky in order to take a look at some of the important roles on the railway and meet those that generously give up their spare time to work there. Becky also gets mucked in with the locomotive duties, trying out the progressive grades of; cleaner, fireman and driver.

The railway relies upon upwards of 800 volunteers to keep it a viable concern. Through this film we endeavour to demonstrate the benefits to younger people in areas such as mental health and well-being, career progression, self confidence, companionship and teamwork. We also explore how the Bluebell Railway is working to promote diversity and inclusion through the efforts of Joanne who has made it her personal goal to break down the barriers which existed, particularly with the older generation whom volunteer there.

Mick Child has been a photographer since he was 12 years of age albeit until recently an amateur. He has also written as an amateur writer and produced short films with his son George for 11 years, helping him to learn to use the equipment and think about the structure of production within film.

After 30 years as a railway electrification engineer Mick retired and set up a photography business with a view to helping his son, then 14, to improve his skills with a camera. In 2017 George decided that his interests lay in film production, so their company Forge Photography Ltd started to invest in professional videography equipment.

George is now 18 years old and studying TV and media at college in Bedford. His skills from stills cameras quickly transferred to moving picture cameras, and he is now proficient in operating Canon’s C200 MKII and the new C500 MKII. Mick and George work mostly together on projects, however George is very capable of acting as co-director and DoP on all of their “in-house” productions. George also acts as DoP where other producers/directors utilise Forge Photography’s skills.

Mick and George are mostly self taught and recognise that they have a lot to learn, but this does not curb their enthusiasm or determination and appetite to produce better and bigger things. 2020 is an exciting year for the pair with a number of projects coming to fruition.

Volunteering, on the Line came about following a friend sending me a link from Facebook to a request from the Bluebell Railway for a film company to volunteer their services and produce a film as part of their 60th Anniversary celebrations. My son George and I enjoy making documentaries, having previously produced a piece about a Scottish Broch, something we also donated our time to produce. We have just completed filming for another documentary, 2-years in the making which is about a talented woodturner who lives on an island in Greece. This will be entered into film festivals once completed.

The budget for this film is calculated predominantly on the cost of mine, George and Becky’s time and equipment depreciation, with the music licenses added. The drone work was kindly donated at cost by All Drone Services Ltd.

Filmmaking was a hobby for me which somewhat spiralled out of control in terms of investment with equipment and time, not to mention the thrill I get out of producing a finished piece of work. George is currently studying a Level 3 qualification in TV and media at Bedford college, and would like to follow a career in the filmmaking industry. George has a great understanding of the two cameras we use, both Canon; C200 MKII and C500 MKII, the latter being our “A” cam. We both know our limits and appreciate that we still have lots to learn. Our hope is that we can get some recognition for our work so that we can invest in larger projects whilst employing additional staff on set, such as a sound engineer & GRIP followed by assistance in post, such as the sound engineering side to further push forward a polished and professional presentation to our work.

I believe that with this production we bring to the screen something slightly different in our approach. Our presenter Becky is great at relaxing our subjects prior to filming, something that helps it to stand out currently from a lot of other documentaries. George takes my storyboard and produces a shortlist which he modifies during the production to fit with the material and characters we are recording. He takes a very mature approach to our work and puts in long hours on set to achieve what he wants which massively impresses me as he is still only 18-years of age.

I sincerely look forward to sharing our work with you and the wider world. 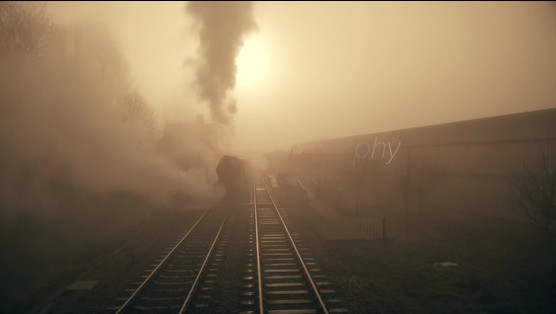