What starts as a filmmaker’s intension to showcase a man’s struggle with mental health and depression, soon becomes a vindictive and manipulative attack on her subject and those closest to him, a direct result of her own ingrained and deep-rooted prejudices. There is no victim or hero in her eyes, only evil-doers whom she is hell bent on exposing through her images and line of questioning.

At the brunt of the filmmaker's onslaught is Daniel Smyth, a sufferer of Schizophrenia with Paranoia. Then she gets her teeth into Jenny Carr, who is a hard-nosed kickboxer, and finally Daniel's girlfriend Kate Edwards, who is unwittingly in a love triangle with Daniel and Jenny. The filmmaker makes them squirm, flirting around the subject in the inevitable lead up to giving the game away.

Mick Child has been a photographer since he was 12 years of age albeit until recently an amateur. He has also written as an amateur writer and produced short films with his son George for 13 years, helping him to learn to use the equipment and think about the structure of production within film.

After 30 years as a railway electrification engineer Mick retired and set up a photography business with a view to helping his son, then 14, to improve his skills with a camera. In 2017 George decided that his interests lay in film production, so their company Forge Photography Ltd started to invest in professional videography equipment. In 2020 the company changed its name to better reflect their ambitions; Forge Photography & Film Production Limited.

George is now 19 years old and finished his 2-year extended diploma course at Bedford College in Media Production with a distinction, equivalent to three A*s and well deserved. His skills from stills have quickly transferred to moving pictures. Mick and George work mostly together on projects, however George is very capable of acting as co-director and DoP on all of their “in-house” productions. George also acts as DoP where other producers/directors utilise Forge Photography’s skills.

In this production, Villa the Volcano, we team up with actor and founder of The Acting Vine, Em-J Smith as Assistant Director. We have undertaken work for Em-J in the past as both a Producer and Director of other works, and it is a pleasure to have her working alongside us. She brings with her a breadth of experience from the acting and entertainment world.

Mick and George are mostly self taught and recognise that they have a lot to learn, but this does not curb their enthusiasm or determination and appetite to produce better and bigger things. 2021/22 is an exciting year for the pair with a number of projects coming to fruition, as well as jointly completing a soundproof studio and editing suite build. In between productions they will be offering a showreel service for talent whilst George takes a year out to decide his future, e.g. the possibility of University.

This film is my metaphorical rock thrown into the pond, to provoke discussion about psychosis and schizophrenia with paranoia. The underlying story is about a man in his 30s and decisions he has made in his life. Some of the decisions are questionable, but were they intentional, or is Daniel just easily led?
Daniel dedicated a lifetime to his physical fitness, whilst caring less about his career and those that love him. A self destructive obsession driven by a misguided dream, now his world implodes on him, a result of jealousy and an over ambitious filmmaker. 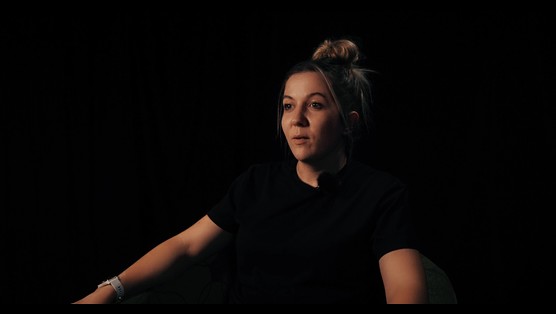