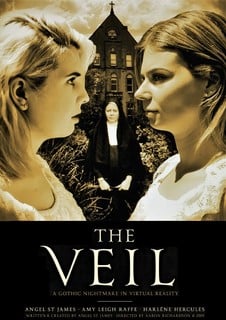 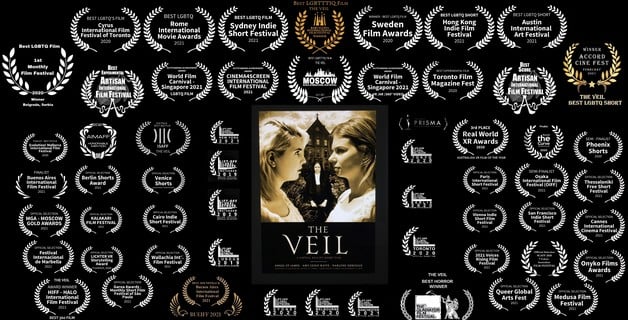 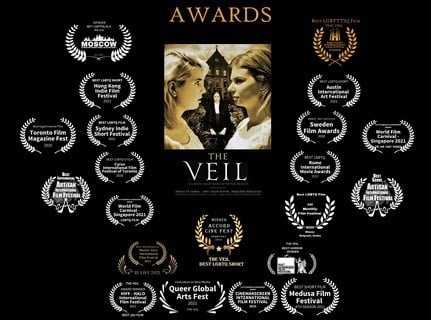 Trapped in a haunted convent outside of time, a young girl chases her faceless doppelganger for answers. But a
demonic nun stalks them in the shadows, getting closer and closer.
Can they unravel the convent's dark secrets in time to escape, before they are punished for their sins... forever?

Aaron Richardson is a filmmaker, actor, and director with over 30 years of professional experience in the performing arts industry.

A graduate from the University of Ballarat (Bachelor of Arts — Performing Arts), he established his first theatre company in 1995 – OZACT — specialising in outdoor Shakespearean productions in unique locations. Productions such as Hamlet at The Geelong College (featuring 16 different locations), The Tempest at The Loc-Ard Gorge, and King Lear in The Grampians all explored his passion of environmental theatre, where the space becomes its own living character.

As a longtime volunteer with the Melbourne International Film Festival, he was introduced to the world of Virtual Reality as a form of cinema. Since 2016 he has been an integral member of the “Virtual Reality Squad”, assisting the producers in the screening of over 50 experiences from the world’s leading VR creators.

In 2018, a special role as VR Volunteer Producer was created for him, allowing him to work closely with the production team on the day-to-day preparation, installation, and training of volunteers.

In 2019, he directed his first VR film, The Veil. It has been screened at 50 International festivals across 6 continents, and has won 18 Awards.

Aaron is currently undertaking his Masters in Creative Industries at JMC Academy in Melbourne.

I was approached by Angel whilst we were working at MIFF in August 2018 with the idea of creating a narrative driven VR Experience. "The Veil" was the result of this joyous collaboration.

Initially, we intended to create a full, active and alive Convent, with the leading characters isolated by a common tangent. But the nature and majesty of the space, and the understanding that the spherical world of the full 360 degree immersion was a character within the narrative, changed our thinking.

The camera was deliberately placed between the performers, allowing us to hide clues and multiple viewing perspectives for the audience to choose their own path through the narrative. VR is a singular experience and no two viewers watch the narrative in the same manner, so it was vital that every element had meaning and the ability to influence the viewer. We took a classic narrative and through the use of VR as a disruptive technology, opened the world for wider perspectives to be explored.

The combined talents of the company helped forge a new approach to my style as a director and filmmaker. It gave me a greater appreciation as to how we share the medium and the manner in which cinema must evolve beyond shared experience and open the path to new interpretations of ones work. 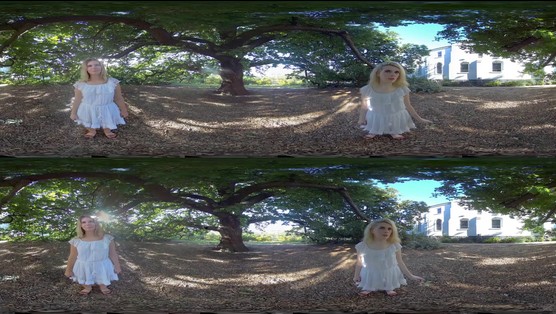