My name is Alexander Makaroverse and I am director of such films as "Plant man", "Mermaid", "Mara", "Kikimora» …

I picked up camcorder for the first time when I was 10. I was shooting my family and friends. Then I realized that this is real magic and you can use the camera to stop time. Later I got interested photography and I had camera. Then I began to see the world differently, through the lens, catching the beauty of the world around me, thus telling stories in frozen frames.

However, during my studies, I was constantly engaged in creative work, shooting short clips, video portraits, and reports.

After graduating from University, I wanted to plunge into the process of filming as soon as possible. I got a job on television and became a sports channel cameraman. There I gained a lot of experience and knowledge. But as time went on, I wanted more and more to plunge into the world of cinema. I started self-education, watched a lot of films and took courses in cinematography.

In 2013, I began to make my first short films. With each shooting, I wanted to develop more and more desperately, to acquire new experience and knowledge. I started studying at various courses and master classes.

I also opened my own studio named Makarovfilms and Video production Studio. Then I created the Entertainment of Universe Alliance. It's a community of film companies.

With a few like-minded people, we managed to develop our activities and shoot both commercial projects and non-commercial ones for film festivals.

I've always been concerned about social and environmental themes. As well as one of my favorite genres are mysticism and horror. One of my first works for film festivals - short film "Plantman". With this film, I am participated in the Sony Pictures environmental film festival "Picture this" and
won a trip to Hollywood. Got a lot of inspiration, new experience in studios in Los Angeles.
Also, one of my favorite film subject is Old Russian myths and stories. I was interested to learn what the stories are based on and to learn more about how all these characters happened.
I've been filming small fragments about the encounter of people with mythical malicious characters such as Mermaid, Kikimora and Mara.

So far, I've got new favorite types of genres and themes, that I'd like to explore. At now I'm preparing to shoot my feature film about hockey players of the Republic of Tatarstan (this is the republic where I was born and live), who stood at the origins of the hockey club " Ak Bars (White Bars)". I would like to show in my film how they began their journey in hockey and reached great heights in difficult times.
Also, my company Universe of Horror is working on a feature-length environmental film "Trash Man" and mystical horrors on Slavic themes. 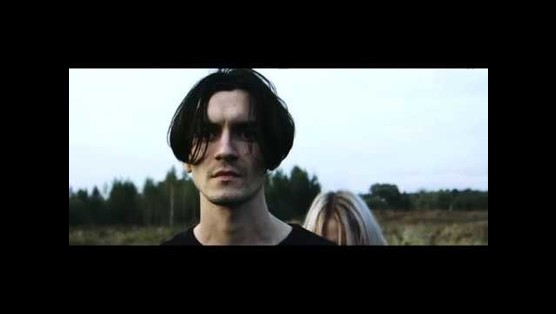