The Home Of My Choice

The Home of My Choice takes its name from one of the only known non-sermon quotes to come to us from Alexander Twilight, the first person of color to graduate from college in the United States.

Using facts and historical quotes, The Home of My Choice raises questions about how white people have historically used the stories of people of color to their own ends. Whether the figure of Alexander Twilight is seen as a white man or a Black one has historically been a function of who is telling his story, and when.

The film follows artists EveNSteve as they explore this history, creating nine photographic panels depicting the picturesque village of Brownington, Vermont, including the Old Stone House, an imposing granite structure built as a dormitory for his students by Twilight which still stands today. Hand-inscribed over and around the imagery are the quotes, dates, notable facts and events from Twilight's lifetime and after it, inviting us to consider various interpretations of his life and legacy.

Stephen Schaub is an artist and a Marine Corps Veteran who served in Operation Desert Shield/ Desert Storm and a recipient of the Navy Achievement Medal. After receiving his BFA from the Rochester Institute of Technology, he founded FigitalRevolution.com, a groundbreaking website that between 2005 and 2020 has advocated for the use of film as well as the merging of digital and traditional photographic techniques. He has curated shows focusing on contemporary photographic practice, published two collections of his work (Through A Glass Darkly, 1999, and A Sense of Place, 2004) and is well respected in the industry as a leader in the field of hybrid photographic film technologies and innovative printing techniques. His work has been exhibited in Asia and Europe as well as throughout the United States. Schaub's artworks have been described as "art dreaming about itself." In 2019 he teamed up with his wife, noted author Eve O. Schaub to create artworks under the name EveNSteve. 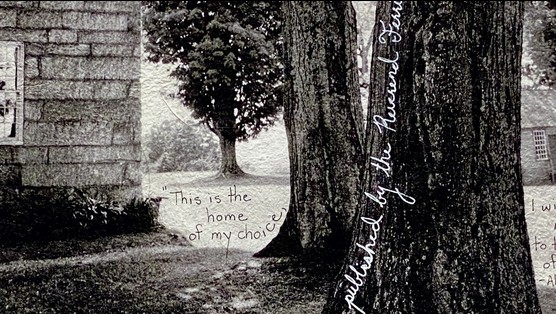