In our film, we address social issues, analyze unfair competition mechanisms, and show regular citizens whose respect for their professional work makes them struggle for their own dignity.

Our protagonists set out to confront their professional and moral principles with the globalization in the form of economic uberisation.

We aim at making our viewers aware of the problem they encounter on a daily basis, often without realizing that it directly affects them too, for example while using the so-called cheap ride-hailing, in terms of travelers’ safety issues, road casualties that result from the unprofessionalism of transportation services, or tax carousels.

At the same time, through the perspective of our film’s protagonists, we show the dramatic situation of hard-working people, licensed professionals who struggle against unfair competitors that put the citizens’ safety and the country’s economy at risk.

Our protagonists are real-life people, full of passion, dilemmas, and principles. They can work together but fail to make common decisions. Friends and enemies in one.

After 3 years of watching and documenting the life of professional taxi drivers, we present the Solidarity Trade Union’s ideals that spurred people into action regardless of their beliefs, and their struggle for the preservation of their economic dignity and the respect for an individual, the country, and the tradition.
TEASER: https://youtu.be/dKbE7qoH_DU

Federico Film was founded in February 1997. Its founder, co-owner, and producer is a Wrocław University graduate of the Biology faculty, Marta Laryssa Plucińska. She studied simultaneously journalism, philosophy, Polish literature. In 1997 she completed a postgraduate course on film production at Lodz Film Academy (PWSTiF Lodz), and as her diploma project she made a film under supervision of professor Henryk Kluba.
Member of National Chamber of Audiovisual Producers (KIPA), and Association of Independ-ent Film and TV Producers.
2006 – A plenipotentiary of KIPA’s board for regional funds for cinematography (RFF)
2008 – A spokesperson for Regional Audiovisual Initiative
2008 - congratulatory letter from Ms Agnieszka Odorowicz Director of the Polish Film Institute - for building prestige of the Polish cinema abroad;
2009/2020/2021 – A Polish Film Institute (PISF) expert
2009/2011 – A Lower Silesia Film Fund expert
2010- 2012 the Secretary of the Audit Committee for KIPA
2012- Member of elite EFP program "Producers on the Move 2012" in Cannes Film Festival.
since 2012 - Member of the European Film Academy (EFA)
2012 - The representative of Polish artists and producers in the Network Producer at Cannes
2013 - Expert Lower Silesian Film Fund
2013- 2016 - Member of the Board KIPA
From 2013 - President of the Section Role KIPA
2018 - Expert Polish Film Institut PISF
2018 - Academic lecturer at the Warsaw Film School. Subject: Modern Film Market.
2021-2023 - Member of the Program Council of Polish Film Institute (PISF)

In 2003 Mr. Paweł Pluciński, brother of Ms. Plucińska, joined Federico Film. He graduated from Wrocław Academy of Music, Instrumental Department, Grand piano class. He also com-pleted postgraduate studies, Masters in Instrumental Department, Grand piano class under su-pervision of Grzegorz Kurzyński. He has also completed postgraduate studies at Cracow Uni-versity of Economics, the faculty of Trade and International Finances.
Federico Film is an active producer on the audiovisual market. We take part in national as well as international co-productions. We cooperate with Polish and foreign makers of feature films, documentaries, advertisements, video clips, TV programmes and TV series.
Our films win awards at national and international festivals. We are experienced and profes-sional, we treat film production as a challenge, joy and philosophy of life. 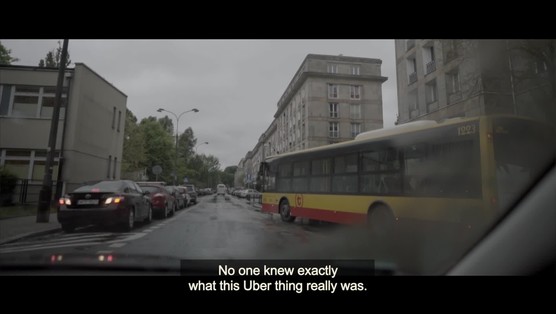