The story of “Sugar Cane” is an epic one calling for a remembering of the past and a re-imagining of the future. The film is driven by the sub-theme - “Recycling Sweetness and Power” - echoing the classic study on the global sugar industry by Sydney Mintz- and examines pivotal struggles for freedom, development and justice from colonial rule to the present in the sugar cane industry of Jamaica.

The documentary is structured around four turning points to better speak to the pivotal moments of struggle and change and the main economic, political and cultural factors underpinning them. It narrates the national struggle to attain sustainable profits and innovative production processes given the country’s entanglement with major international sugar interests and the forces of globalization.

This story is told with an emphasis on the struggles of the working class in their entanglement with not only ‘sugar cane’ and the sugar industry’s global world making, but also the politics of national development as imagined by the Jamaican state and its myriad interlocutors.

Franklyn St.Juste has been engaged in the production of motion pictures for many years in all areas of production activity, which includes scripting, directing, photography, editing and sound. He has worked as Director of Photography on the films “THE HARDER THEY COME” and “CHILDREN OF BABYLON”

He is currently Adjunct Senior lecturer at the Caribbean School of Media and Communication (CARIMAC) – University of the West Indies, in the areas of Broadcast Media Management, Film and Television Production.
Franklyn St.Juste is the recipient of several Jamaican National Honours – Order of Distinction (OD), the Silver Musgrave Medal for achievement in Cinematic Arts, Caribbean Tales Film Festival - Life Achievement Award as well as other awards, International and Jamaican, including Theatre Lighting design.
He is also a director on several boards in Jamaica as well as the JAMAICA FILM AND TELEVISION ASSOCIATION.
. 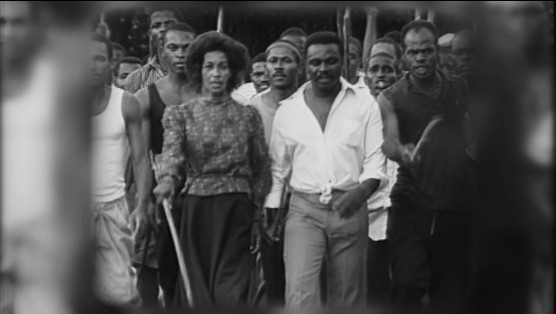