STRANGERS IN TOWN tells the story of how global migration unexpectedly transformed and enriched Garden City, Kansas. It brought great challenges to the community, including demands for housing, social services, education, and infrastructure. For the current students at Garden City High School, the town's remarkable diversity is all they've ever known. STRANGERS IN TOWN gives new meaning to the city's motto: "the world grows here," and provides an inspiring view of human possibility in the face of change.

Reuben Aaronson is a highly acclaimed filmmaker and cinematographer based in Los Angeles whose distinctive work reflects a wide range of experience spanning more than forty years. Reuben traveled the world to shoot and direct award-winning films about the human experience for National Geographic, Discovery, HBO, PBS and many independent projects. From Academy Awards to Emmys, Aaronson's work is consistently recognized for its beauty and sensitivity.

Amazon Gold is a documentary about the severe damage to the rainforest caused by illegal gold mining in the Amazon. The film was honored at film festivals around the world culminating in the award for Best Environmental Film of the Year.

Reuben's recent film, Hello Cuba, is a poetic and honest portrait of the spirit of the Cuban people still suffering under a U.S. imposed Embargo for more than sixty years.

His film The Cost of Silence, soon to be completed, is an 8-year-long film journey following the untold story of the health consequences caused by the BP Oil Spill.

A list of his many other projects can be found under "work" at NGOFilms.net, his website devoted to the production of short films about the work of non-profit organizations and foundations around the world.

Reuben was Co-Director and Director of Photography for When The Well Runs Dry, Co-Directed by Steve Lerner, his life-long friend since childhood (see below).

Steve Lerner is a psychologist, filmmaker, and musician. He got his start in filmmaking under the guidance of his childhood friend Reuben, when they collaborated on a film in 1972 called Cycle. To their surprise, the film won Honorable Mention at the Marin County Film Festival, and was used for years by noted psychologist Erik Erickson in his teaching.

Steve's 2009 film Tras Bambalinas (Behind the Scenes) won Best Documentary in the Kansas/Missouri Short Film Festival. The next year, he directed La Pizza y El Amor, a humorous look at the relationship between food and love, shot in Mexico. His film Florence, Kansas was an official selection at the Kansas City Film Festival in 2012. His next film, This Old Guitar (La Guitarra Vieja), won Best Director at the 15 Minutes of Fame Festival in Cocoa Beach, Florida.

When The Well Runs Dry, Co-Directed by Reuben Aaronson, premiered in Florence, Kansas in July, 2015, and has screened in Toronto's Water Docs Festival, at Michigan State University as the featured film at their Geography Awareness Week, throughout Kansas, including the Governor's Conference on Water, and at the Kansas State Legislature.

We believe that Garden City has something to add to the regional and national dialogue on immigration, which has become so polarized. Here is a town from southwest Kansas that has embraced immigration and diversity, creating policies and resources that have helped the community grow and thrive. Many from much larger communities that have never heard of Garden City might have something to learn from this Kansas town. 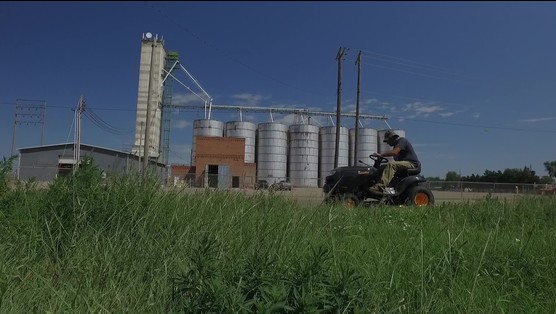