This captivating verité documentary follows four high-tech entrepreneurs who, like thousands of others worldwide, are pouring into Silicon Valley with visions of the triumphs of icons like Steve Jobs and Elon Musk. Their chances of success are minuscule and each of them suffers painful disappointments, gambles with financial ruin, and endures extended separations from family. This moving story is about the human cost of pursuing your dreams.

These visionaries often show up without any contacts or any ideas about what to do once they land. Many end up at one of the Valley’s hundreds of hacker houses, where each resident pays fifty dollars per night to share a bunk bed–outfitted room with seven other people in a suburban house. The film follows three such risk-takers: Carlos de la Lama-Noriega (Madrid), who founded Startup Embassy, a very special hacker house that offers an affordable, welcoming community to hopeful residents like Habibe Turfan (Istanbul) and Lucas Gozálvez (Seville).

Kenji Yamamoto is a longtime, renowned filmmaker who has made many documentaries and narratives, mainly about people on the outskirts of society. He participated in the Sundance Screenwriting Lab with his and Nancy Kelly’s narrative feature THOUSAND PIECES OF GOLD and in the Sundance Institute Documentary Editing Lab with Jennifer Maytorena’s NEW MUSLIM COOL. He has been partnered with Kelly in life and work since they decided to make a movie based on Ruthanne Lum McCunn’s acclaimed novel of the same name, THOUSAND PIECES OF GOLD. He served as producer and editor of that film as well as of the documentaries REBELS WITH A CAUSE, DOWNSIDE UP, SMITTEN and TRUST: SECOND ACTS IN YOUNG LIVES. His films have screened in film festivals worldwide, played in theaters, streamed, and aired on PBS, National Geographic, and Channel Four.

While editing and producing many independent documentaries, I supported myself as a freelance editor for companies like Apple, Google and Oracle. In spring 2015, while editing the Apple Watch launch videos, I found the 120-mile commute from my home to Apple headquarters in Silicon Valley unbearable, and through Airbnb, found a cheap place to stay in the heart of the valley – Carlos’ Startup Embassy. Fifty dollars a night, eight bunks to a room. Unlike the popular HBO series SILICON VALLEY, 85% of the Startup Embassy residents are from other countries. At Startup Embassy, I got a rare glimpse of the unique culture of this high-tech United Nations and embedded myself there, sleeping in a bunk bed with the camera on my pillow so I wouldn’t miss anything. With this intimate access, I filmed moments when each character is uplifted and hopeful and when their dreams collapsed, I filmed them trying again – saying with a rueful smile, “This is the entrepreneurial life.”

This story of underdogs persisting in the face of enormous obstacles appeals to me because I am the son of Japanese Americans who spent World War II in an internment camp (essentially a prison). During those four years, they lost everything – their farms, their jobs, their chances for higher education. After the war, my parents chose to live in a very white suburb in northern California. Growing up, I was one of the few Asians in my community and I often felt like an outsider.

In many ways, the characters in THE BIG DEAL are like artists. I am aligned with their predicament of feeling like the other and yearning to be part of an exciting and creative process. It is only natural to make my directorial debut with this story. 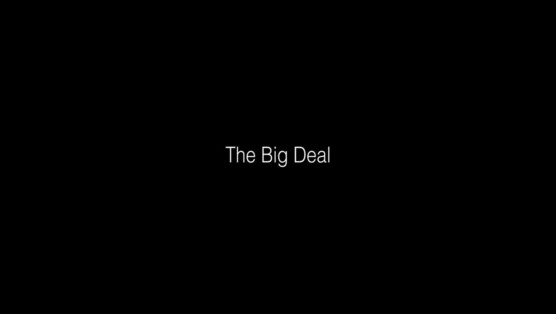