She is so Perfect

EVA is a perfect girl with an ideal life; everybody in Shanghai envies her. She goes to the best restaurants, with the best dates, sees the best movies, and is always the best dressed. At least that’s what our narrator thinks. She is so Perfect tells the story of a regular girl in Shanghai and her obsessions with Eva. Through the story, she will realize that things aren’t always what they seem.

Olivier is an award-winning Belgian director and photographer based between Shanghai and Los Angeles.

He combines different techniques, such as photography, drawing, graphic design, and video. His primary focus is character development and storytelling. Olivier's work includes collaborations as a creative director with significant talents, such as Kobe Bryant and Sophie Marceau, and partnerships with several European and Asian celebrities.

Oliver's work has received the silver award at Cannes and the Promaxbda bronze award in Los Angeles. Along with his artistic practice, Olivier has collaborated with major brands such as Converse, Nike, Porsche, Elle magazine, and many more.

Those recent years, Olivier also worked as a cinematographer, including his collaboration on The Nightwalk, directed by Adriano Valerio. This film won several awards, including Prix Canal +, and Clermont-Ferrand, and was short-listed for the prestigious César Awards in France.

Olivier is based in Asia but also works overseas.

She is so Perfect is a window into some of the Shanghainese, and young Chinese’s women psyches.

The story is written by Camilla Wang, a Chinese fashion influencer. After living in China for 9 years now, I was really inspired by this story and interested to share this unique vision of young Shanghainese girls, I also added my own flair to this film by adding a small twist ending in the writing.

This film is co-produced with the Istituto Marangoni in Shanghai and a majority of the crew member was students, mostly Chinese girls, only the post-production and gaffer was Russian and French.
Our film is finally starting to hit festivals around the world, and we hope that our audience will also be inspired and equally passionate about this film.  Our next challenge is to produce a feature film together as we don’t want let Bryan Boise rest for too long.

I am still currently based in Shanghai, China but now looking to relocate to Los Angeles. Recently we created Studio Supreme Films, a company only dedicated to film-making and the creation of inspiring movies. 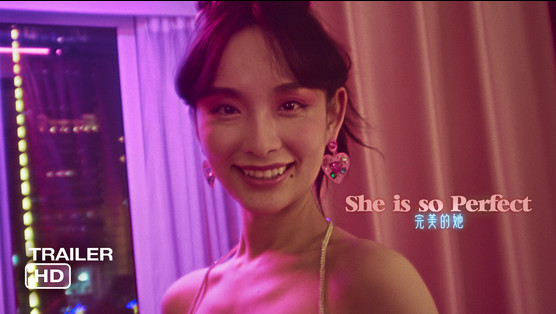