A music video portraying a story of a man reveling his memories of events between him and his girlfriend. At first he is alone and singing about what happened remembering at the it seems he is alone because of a fight but the end revels it was just a one bad moment in many beautiful ones.
The video as well as the song were based on a true story of how the song was written.
Of course due to the nature of the video the release date was February 14th of 2018.

Even in early years Vital had a fondness for filmmaking when together with one of his friends who's father was a filmmaker himself got Vital interested in filmmaking when they made their first action packed film on a mutual friends birthday party. After that when Vital's father bought his first video camera Vital was immediately hooked on filmmaking and started trying to make films with his friends. But of course with the limited resources as children they were not able to produce any real films. After some years as Vital studied graphic design at university firstly discovered photography and later on filmmaking all reminded him how he wanted to be a filmmaker as a child. Unfortunately without access to any kind of filmmaking equipment his interest for filmmaking was kept at bay for another few years. Until while occupied with his other interest dancing, Vital got a chance to act in a commercial as a dancer. Being on a real filming set reminded him of how much he had wanted to be a filmmaker when he was younger and with help and encouragement from his partner he decided to get back into filmmaking. At first trying to get acquainted with the craft and learning as much as he could so he tried to find work as an extra on filming sets where he could observe the workings of a production and also reading books on filmmaking. After some time Vital decided that he had to start putting his theory into practice and together with his partner they decided to film their own dance video since they were both dancers and interested in filmmaking. Together they learned how to approach a project like that. Soon after completing his first project Vital was contacted by some friends who also wanted a dance video and after that things took of and together with his partner they formed Mirror 2 Mirror Productions. Recently Vital had directed and produced his first couple of music videos, a few short films and had also finished writing a draft of his first screenplay for a movie that he had started production on with hopes that he will one day be able to create a featured film. 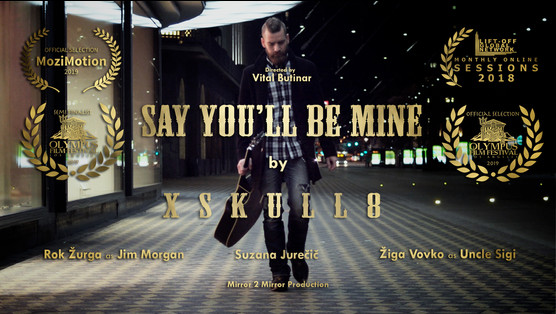