We are here, in this life as in a hotel. Only guests for some time. Would you like to stay longer or shine fast? You act as an Art but I see only trend. All this is burning into a flame which color is black and shape is square.

Helena Gudkova (Elena Gudkova, Cameragirlhelena) was born 8th of February 1990. At the age of 16, she began to shoot and edit her first amateur music videos. In 2010 Helena became a co-founder of BORN VISION STUDIO that specialized in music videos and commercial production. Since that time, she had produced more than 300 video clips as a screenwriter, director, screenwriter, DP, editor, and colorist. At 2017 Helena became an Instagram blogger, brand promoter, and influencer known as CameraGirlHelena. She works with a lot of filmmaking equipment brands such as Blackmagic Design, Sony, Panasonic, Aputure, Nanlux, Zhiyun, Lupo and etc. In 2017 Helena produced her first short silent film which took “Best Short Film” at “ANSFF” in Buenos Aires and two nominations on “Detroit Shetown Film Festival”. It was highly recommended at “AESFF” in Phnom Penh.

In 2021 Helena produced her two short experimental films “Squared” and "Out of Here" which have become participants and award winners of many festivals around the world. Also Helena continues to work as an independent filmmaker and as Instagram blogger. 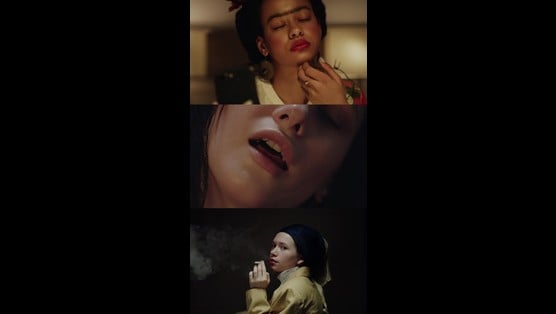