‘The layering, the eyes, the holes of the cassette tape, just like a painting. Just by walking on the street you can make a film’

'a real sense of desolation...elegiac'

‘‘a very original way to document lockdown … a very personal film. The mixed media works very well. I dread to think how long it took for you to splice in the music from your comps!’
Ben Bowles, Margate Bookie Film Festival

This film weaves across sound, image, time, rhythm and place. Its title is a play on words: seen/scene, unseen/unscene.

This film is made up of a number of layers both sound and visual layered on top of one another, talking to and informing each other. It is made using digital transfer versions of c90 tape compilations I made between 1992-1995, juxtaposed with moving image footage of me in 2018 and 2020 and a typeface font graphic ‘See Me’ that I designed in 2005. The c90 cassette on screen is the cassette compilation that I still have from 1994. 1994 frames the film in time as the age before widescreen TV.

SEE ME: A WALK THROUGH LONDON'S GAY (UN)SEEN (2020) was made during the COVID-19 pandemic lockdown in London in July 2020. This film includes sections of a walk that I made through Soho, London. As I walk, I listen on headphones to the compilation music tapes that I made when I first came to this area as a teenager in the 1990s. I reflect upon the difference between me in 1994 and me in 2020 and how my relationship to this area of London has changed, may no longer have the same appeal as it did in 1994 or a different kind of appeal in 2020. A friend once commented that I have a particular voice from a particular point in London queer history. My voice and my accent evidence my life so clearly – a specific voice that gives me a specific identity to a specific place.

As I walk down the streets that were so important in shaping my life as a young gay man living in London, I revisit the gay bars and pubs that have been my safe spaces for the last twenty years and more, spaces that are now closed. In this ‘new normal,’ what spaces are available for queer people to perform their visibility? What is the future of those spaces that I discovered on my walk that are currently closed? Will the queer people that once inhabited these spaces become invisible/unseen as their safe spaces have disappeared?

Music that you listen to does inform you (particularly so when you are a teenager). For me it was really difficult growing up at that time in the Nineties listening to music about teenage heterosexuals. As a gay guy, I could identify more to Madonna than a heterosexual man yet she’s taking about heterosexual men. I had to imagine schoolgirl teen heartthrob boy bands (Take That, Backstreet Boys etc.) were singing love songs to me as a gay man. There were no Sam Smiths or other openly queer singers that I knew of at the time who were singing directly to a queer object (audience). I remember video recording Pray by Take That on The Chart Show onto VHS in 1993 and playing the few second clip of Jason Orange in his underwear over and over again. My burgeoning homoerotic imagination was on fire but what was fuelling this were images of men intended for a straight female audience.

The film includes me walking down Oxford Street to Poland Street to The Kings Arms where I first discovered that bears and cubs don’t just live in the forest. As a hairy slightly stocky gay man, I felt at home amongst men who looked like me, whose bodies were like mine. So where do I go now? Sure, we can ‘meet’ online but that is no way comparable to a set of bodies physically present in the same room. How I miss those days and hope they return soon.

When SEE ME was recently screened at the Westminster LGBT Forum (January 2021), the organiser referred to area that I am walking around during the film during lockdown as ‘dystopia’.

Dr Lee Campbell is an artist, performance poet, experimental filmmaker, writer, Senior Lecturer at University of the Arts London, and curator/founder of Homo Humour, the first of its kind project on contemporary queer male film and moving image practices that explore humour and LGBTQ+ storytelling and has screened all over the world since 2020. He is gay and lives and works in London.

Lee has been interviewed numerously about his current film/performance work including interviews on BBC Radio Sussex and Surrey with Kathy Caton for Out with Kathy, KMTV (local Kent-based TV station) interview feature about Bona Polari! solo exhibition, interview with Jane Glennie, Moving Poems Magazine in July 2022, Daniel Hess for To Tony Productions, Tim Kirk, Matt Skallerud for I Love Gay Today/PinkMedia LGBT, Hamish Downie’s Five Questions With – Lee Campbell (March 2021) BBC Radio Kent- Interview with Dominic King for The Dominic King Show January 2021. His film work has received critical acclaim with recent review features of his film work by Francesca de Luca in Cut Frame Magazine and James Clark in Lost Creatives. In 2008, he was interview ed by Libby Purves for BBC Radio 4 where he discussed his solo performance for Whitstable Biennale that year.

Lee has a long history of curating performance and fine art exhibitions internationally. For example, between 2005-2008, he curated All for Show, an internationally touring film showreel of emerging and established British moving image artists whose work exposed the banalities of everyday life through humour, self-introspection, and serious play. In 2020, Lee curated Radical Ventriloquism at Kelder, London. His most recent curation is Homo Humour which has screened at Metal, Southend-on-Sea, Open Eye Liverpool and FRISE, Hamburg, Germany in 2022 and forthcoming at Centre for Comedy Studies Research (CCSR), Brunel University in February 2023 .In January 2021, he curated a set of queer poetry evenings for BBC Radio.

My work broadly explores vision, visuality, and the politics of seeing and not seeing and has a long historied body of practice since 2000. As both the writer, director and performer within the experimental films and poetry performances I create, I view my practice as me performing an autoethnography; using these media forms and the chosen themes within their narratives to help me self-reflect and (better) understand myself in relation to acts of looking, seeing and being seen and the difficulty in terms of not seeing/not being seen and my own subjectivity and experiences as British, working class, male, and gay.

Comedy historically comes from a queer identity defence, when it was harder to be gay in public, to be funny like Kenneth Williams who used gay slang known as Polari to communicate with other gay men covertly. Extending these ideas, underpinning my work are the mechanisms of comedy and humour to create a form of autoethnographic storytelling that subverts and challenges through a sophisticated usage of camp, innuendo and double-entendres to speak of personal narratives often raw, often painful but always generous and authentic.

Applied humour as a tactic to subvert and challenge a issues of homosexual identity and representation in relation to themes addressing seeing/not seeing etc, My practice presents a personal archaeology and revolves around my own autobiographical perspective, using the mechanisms of comedy and humour to engage, disarm, and highlight the gay male subcultural milieu which needs critique as it creates such stereotypes.

With a background in Painting and then Performance Art, my current artist moving image film practice brings together personal drawing, painting, photography and performance. Collage has become a major tool in this recent film practice, reinvigorating paintings and drawings that I produced nearly twenty years ago which are juxtaposed throughout my films with current photographic and performance for camera work. These films are often made with reusing / repurposing personal archival material and sound and moving image recordings. Things insist, in a spiral, nothing’s wasted. In this new exciting phase of my practice, I use all my capacities, from theatre to drawing to painting to language to the comic to the affective to the relational, to painting and performance and film. Excavating (fine art) work I made long ago and resuscitating it, I bring it back to life through the medium of film and moving image. Integrating my fine artwork into my film work, my films create an arresting palimpsest effect by recycling pieces from previous bodies of work and placing them within my current context to see how their meanings may now differ from when they were first conceived. Whilst what is presented through my films can be read as one person’s (my) narrative, so too can it easily be read as lots of different voices layered to talk about wider levels of experience with various references to cultural context that (any)one can relate to. 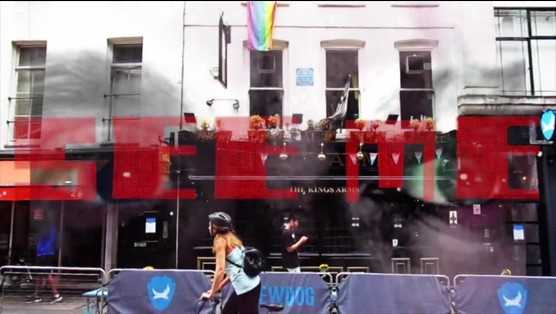