A down and out Detroit private eye confronts his past and the class system in this up close and personal drama. Sally Danforth (Sandy Bainum) has hired Jim Calloway (Steve Blackwood) to find her missing husband. But when Sally goes in for an update, a waterfall of truth and social issues brings Jim to face the biggest decision of his long and lackluster career.
Award-winning actors Steve Blackwood and Sandy Bainum bring to life Blackwood’s latest dramatic short, in this stark look at the then repressed social and sexual abuse issues, styled in homage to the 40’s and film noir.

PRIVATE is an exploration of alcoholism, child abuse, and homicide through the lens of 1949 Detroit.

My intent was to make an homage to both film noir and the private detective genre...with a modern twist...to set it in my own hometown of Detroit, Michigan, and to make it Personal.

It was a joy to work with Broadway's ( 42nd STREET/ GAME CHANGE) Sandy Bainum as our femme fatale. Although I have performed in studio films and network TV, creating my own films has been the highlight of my career.

Thank you for considering our film for your festival, we would be honored by your selection. 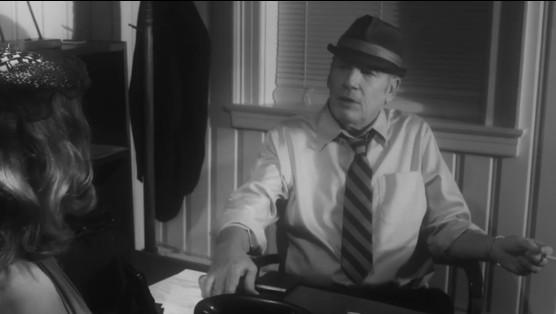