Initially filmmaker, Elizabeth Ramjit, ventures to Trinidad to document its unregulated air pollution and Marine contamination concerns, but she refocuses her subject on a recent flash flood in Trinidad and Tobago that continuously accumulates waste.

The 2018 Trinidad and Tobago floods are a succession of floods in the twin-island Caribbean nation. Consistent rainfall inhabits the nation from October 19, 2018 to October 20, 2018.

A firsthand account from Elizabeth Ramjit, a first-generation American Trinidadian filmmaker, of the devastation from overbank floods and flash-floods in the twin-island Caribbean nation. Ramjit interviews activists on a quest for revival. These chronicled activists reassure viewers that by refraining from littering and enacting recycling, citizens will no longer be deemed as instigators of seemingly natural disasters or environmental anarchy.

Since mangroves act as a natural filter for the environment, water plummets from the northern range and encompasses everything. Most of what is immersed in the water is garbage from people disposing items in the water. Leptos Fibrosis contaminates the water, which culminates into common diseases like Hepatitis A, malaria, and dengue fever.

Trinidad and Tobago generates over 700,000 tons of waste per day, identifying it as one of the highest carbon footprint per capita on the planet. Among the 700,000 tons of daily waste Trinidad and Tobago produces, 85% of it is recyclable. Only 1% is actually recycled. Recyclables dominate the waste stream. They include: plastic bottles, glass, aluminum cans, and metals. What is not captured in mangroves ultimately ventures to the Caribbean Sea.

Citizens must be regulated by authorities to encourage recycling and the proper disposal of waste. In addition, developments need to have more consideration for basic planning regulations to prevent inflicting the infrastructure.

“Over-Flow” is a short documentary film directed by American-Trinidadian filmmaker and Documentary Film Editor, Elizabeth Ramjit. In October 2018, Ramjit traveled to Trinidad and Tobago right when the torrential downpours and floods that would destroy nearly 80 percent of the country had only just begun.

The documentary explores accountability in the Caribbean nation where a lack of environmental regulations and a culture of littering exacerbated the natural disaster.

American Trinidadian Filmmaker Elizabeth Ramjit, takes the audience to the devastating event that took place in late October 2018 in Trinidad & Tobago. Originally Over-Flow was supposed to be named Voices of Trinidad in an effort to showcase this serious urgent message that needed/needs to be addressed.

For Elizabeth, it was very important to go back to her second home, the motherland of her family that she holds very near to dear to her. Even though Elizabeth wasn't born in the beautiful twin islands, her parents always taught her to know where they came from and to be a proud descendent.
The love and passion that Elizabeth has for Trinidad and Tobago is the strength that runs through her veins and kept her strong throughout the making of this film.

Elizabeth had plenty of artistic choices when creating Over-Flow, but one very important choice was to keep her voice and opinion out. She wanted her film to remain organic; authentic to only view the local's perspective throughout the Island. 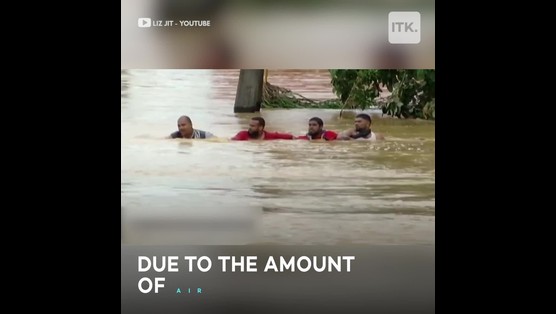