This is a fictional story about Japan, when there were "samurai"s.

A war is about to break out between humans and the Empire of Spirits. Mao, the strongest samurai with ONI horns, had been separated from her parents by death and was raised by the tyrannical lord.

Mao is human, but because of the demon horn on her head, she is not considered human. She has always felt lonely.

Only her best friend, Onatsu, was able to save her from her loneliness. Filled with Onatsu's family-like love and affection, Mao felt happy for the first time in her life.

Then, a war begins between humans and monsters. Mao is going to protect both their country and Onatsu. But Onatsu says, "This is the end of our friendship." She bursts into tears and disappears.

What is the true meaning of Onatsu's words?
And what will become of their friendship?

The truth is hidden in Mao's mysterious horns...

A professional scriptwriter and director born in Tokyo Japan in 1979. In 2005, he graduated from the department of scriptwriting of Japan Academy of Moving Images, that Director Shōhei Imamura established, and began his career on 428: Shibuya Scramble in 2006, as a member of Synthese Co., Ltd., a scriptwriting company, of which he is a founding member. He has been writing scripts for Fire Emblem and other famous titles for more than 15 years, and also has worked on advertisements for NHK, LEXUS, SONY, Wacoal, BABYMETAL, and Granblue Fantasy etc. This is his first film as a director.

I’m Hiroshi Takane, the producer, director, editor and scriptwriter of the indie anime named Operation ONI, created in Sumi-e, one of the East Asian styles of traditional brush painting.

I’m usually working as a professional scriptwriter in the Japanese video game & advertisement industry. I have been writing for famous titles and companies such as Fire Emblem Fate, TOYOTA LEXUS and SONY and so on for more than 15 years.

While Sumi-e doesn't use many colors, it can express rich and impressive scenes. It's extremely compelling and I'm sure you will feel inspired by it. We are very honored to invite you to this mysterious and traditional Asian world. I hope that many people will discover this oriental culture and enjoy the new sensory experience.

Are you ready to be surprised? 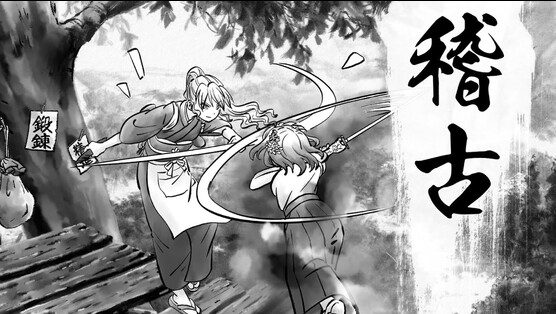