Almost motionless, the young woman looks into the camera while a tear slowly runs down her cheek. In the first part of the documentary series, the participants of the "Only human" project tell touching stories about their flight, their arrival and life in Germany, their difficulties, hopes and encounters. When, due to the war, many people fled to Germany in 2015, the non-profit association "music4everybody! e.V." started an integrative musical project with the aim of making it easier for young people with a refugee and migration background to arrive in Germany. Together with young local people and under the guidance of professional coaches, they build bridges between people of different cultures through art. Only Human is a journey that brings people together in a learning and healing process through dancing, singing, acting, and creating. The project creates a space where we can be free, independent of everything society imposes on us.

Katerina is a multidisciplinary award-winning artist, director & filmmaker of Greek origins living in Cologne Germany. “My approach is always to deliver a powerful message on a theme through a story performed by a highly developed character using the power of music, dance and performative art to create innovative performances and films with social impact.”

The first episode of the documentary series “Only Human” introduces the moving stories of refugees. Their escape from their native countries, their journey to hope, through danger and desperation and their challenging start in an unfamiliar culture.

When Germany opened its borders to refugees six years ago, the non-profit organization "music4everybody! e.V." initiated a series of musical projects with young refugees and native peers. These projects use art to create a safe space, where they could get closer and learn more about themselves and one another. With the guidance of professional coaches and social workers, these musical
projects focus on building bridges between people from a variety of cultural backgrounds through the process of creating art together. The artistic modes of expression, such as singing, acting, and dancing, require a deep and trusting connection with oneself and others. Therefore, they are particularly powerful in building bridges between cultures and individuals.

My collaboration as a multidisciplinary artist and director with music4everybody! started in 2014. Since then, I have contributed to more than 100 music theatre projects as a choreographer, coach, or director. It has been a privilege for me to work and grow as a human being alongside the team and the participants, as well as share my own experiences and work on my own traumas. Art offered us increased inner peace through the processes of expression and creation.

CineMars were the obvious partner of choice because of their familiarity with the participants and being an integral part of the music4everybody! community since 2018. This was vital to provide a secure space in which the participants could feel supported enough to share their journeys with us. CineMars’ motto ‘filming for change’ captures their goal as a production company, creating films with a social impact.

In the first part of “Only Human” we wanted to show ten people - ten cultures - ten destinies. In combination, their work enabled them to recount their stories and illustrate that art truly has a very special healing power. This empowered them to help others, turn darkness into light and unite us. The interview approach for this film was crafted to achieve the highest impact, fully integrated within the structure of slow cinema. This gives viewers a deeper understanding of the humanity of each of the participants as they recount their experiences of escape and immigration. Every word spoken was carefully considered and delicately woven into the shots we chose, allowing a more powerful and profound perception of each participants’ experiences within their unique stories.

Although the movie is very much a documentary, we agreed that an artistic presentation of the emotional truth and impact of each participant’s story would reach viewers far more directly than a simple ‘free’ interview structure. We were very careful to support the emotional significance of each story with its own color palette and mood depending on its theme. The documentary itself is a testament of how creating artwork based on real life experiences and emotions is cathartic and healing. It was important to me that the creation of the film itself be a healing process for the participants and not a situation in which they might be re traumatized. In this sense, the film is both and functions as an artistic work and process, which includes all the participants as well as the viewer. Watching the film, hopefully, will make the viewer slow down enough to really absorb its human impact and realize how much we all want the exact same things - no matter where we are from, or which side of the camera lens we are on. We all want to be seen, heard and respected, whilst being allowed to retain our dignity, love and be loved.

Ultimately, my hope is that “Only Human” allows us a moment, through artistic expression, to be reminded that we are not so significantly different from others. The universal language of art and music lets us communicate and maybe share a space where freedom is accessible and boundaries don’t exist, aiming towards and re-imagining a better world … together. 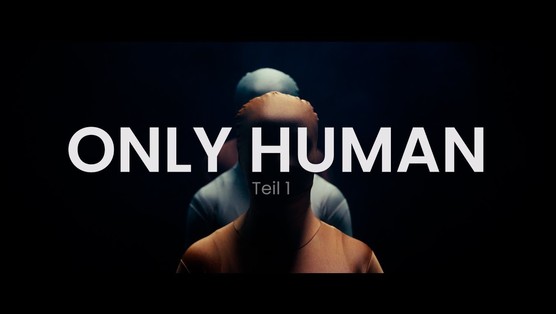