New Mexico Rain is a story of the love, tenacity, and talent of Bill and Bonnie Hearne. Bill was legally blind from birth and Bonnie was totally blind, yet they were able to parlay their musical talent into a successful musical career and their love and tenacity into a marriage that stood the test of time. Their unique style of music made them essential acts in the venues around Austin and northern New Mexico.

Lyle Lovett, Robert Earl Keene, Michael Martin Murphey, and others, give glimpses of Bill and Bonnie’s influence on them personally and on this style of music even today.

Bunee was born in Romania and lived in Romanian orphanages until he was adopted at six years of age. He has been producing film and video content since the sixth grade and has owned his own business since he was 16 years old.

He recently graduated from Santa Fe University of Art and Design with a BFA in film production. His documentary, Bunee: The Boy from Constanta, was shown in the Cannes Film Festival and he was awarded a Heartland Emmy for directing, Boomtown: An American Journey.

​He has directed and filmed the promotions for The Margarita Trail in Santa Fe as well as the biopics for the recipients of the New Mexico Platinum Music Awards. He has worked on network productions, short and feature films, commercial production, and almost all aspects of video production.

My first contact with Bill and Bonnie came in 2017 when I was hired by NEW MEXICO PLATINUM MUSIC AWARDS to produce a short biopic for each of the honorees for their award show in Santa Fe. I immediately was drawn to the story and the path their very challenging life had taken. After the ceremony, I decided to produce a full documentary on Bill and Bonnie.

The more I researched, the more I realized how far reaching their influence on the music scene was. It seemed that everyone we talked to, Lyle Lovett, Robert Earl Keene, Michael Martin Murphey, Michael Hearne and others agreed that Bill and Bonnie were the key figures in the development of the Austin Music Sound of the seventies. All of them held Bill and Bonnie in such high reverence not only as artists but as friends.

​I hope this film will give music lovers everywhere a glimpse of the great gift and legacy of Bill and Bonnie Hearne. 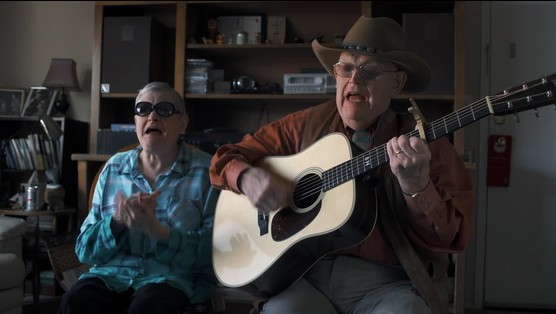