Martin Hill: Camera Man is the story of an unlikely curator of iconic Hollywood film cameras. For over 40 years, Martin collected cast-off film equipment from the big motion picture studios. He was a savvy broker/dealer/hoarder of Hollywood’s antiquated film production gear and discarded scrap. Martin trucked his “treasures” back east from Hollywood and stored everything in a leaking, dilapidated, former bowling alley in his back yard in Midland, North Carolina.

There are no collections in the world that rivals Martin’s cinematic treasures. Cameras that lensed iconic movies such as, The Ten Commandments, The Grapes of Wrath, Gone With the Wind, Rocky, Lawrence of Arabia, Star Wars, 2001: A Space Odyssey and countless other Academy Award winning features are crammed into Martin’s leaking, building. His most prized possession is Charlie Chaplin’s personal camera, purchased by Chaplin in 1917. It’s a 35mm Bolex that framed Hollywood’s earliest films, including The Gold Rush and The Kid.

Director / Producer, Joanne Hock and Editor/cinematographer John Disher embarked on a ten-year journey with Martin, documenting and telling this story of passion and preservation, obsession and compulsion, unmet expectations, sacrifice and disappointment as Martin Hill took on the task of being the sole guardian of this magnificent Hollywood Camera collection.

Three-time Emmy Award winner Joanne Hock is a passionate and prolific storyteller. With more than 30 years in this ever-changing industry – and among a small population of women to break the glass ceiling in directing and cinematography, Joanne’s career continues to expand and grow.

Joanne has written and directed 5 feature films. Her most recent movie, When We Last Spoke is a drama set in 1966 and stars Academy Award winner - Cloris Leachman, veteran actress Melissa Gilbert and daring newcomer Darby Camp. Other features include the critically acclaimed Trinity Goodheart for UpTV, The Ultimate Legacy for The Hallmark Channel, Just Grace and Redneck Roots.

Martin Hill did something remarkable and I wanted to honor him with this film. If you love Hollywood lure...you'll be intrigued by this documentary about how Martin saved some of cinema's most important instruments of production. This passion project became an obsession for me and I'm so happy to have finally finished the documentary. 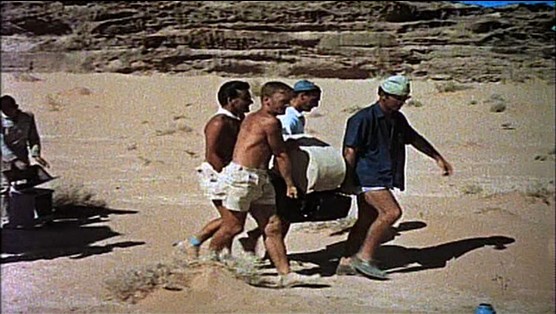