In spring 2018, acrobatic paragliding world champion Christina Kolb, and paragliding instructor Alain Lehoux, went on a vol biv trip to the hugely undiscovered Tajikistan... This is the story of their journey.

With over 200 films featuring climbing, paragliding, mountaineering, skiing and a number of awards to his name, Guillaume Broust has more than 20 years of experience in adventure film-making in the most far off, extreme locations in the world. Having made films for Ozone paragliders, and Petzl including the renowned Petzl RocTrip productions, he has now moved on to producing films independently. His last movie is a 52min documentary film about Water perception "The Sounds of Water". 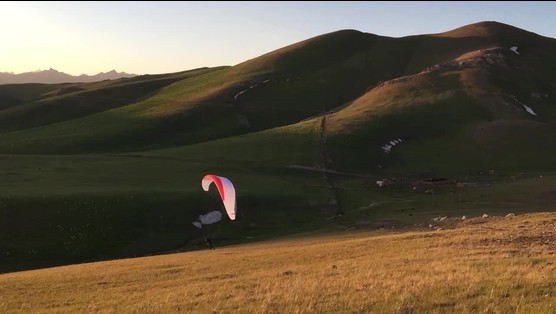