A short film that covers the Syrian director Nawar Bulbul’s theatrical experience with refugees and injured persons from Syria in Amman, Jordan. The script draws on a variety of universally known play scripts like “The Knights” by Aristophanes, “Servant of Two Masters” by Carlo Goldoni, “Don Quixote” by Miguel de Cervantes, “Tartuffe” by Molière, and Goethe’s “Faust”.
This short film captures the details of a theatrical experience, which talks about a theatre group sailing towards Europe. These refugees talk about their suffering from war injuries, detention, rape inside the Syrian regime’s detention centers, hunger in besieged areas, and finally the moment they drown in the sea.
This short film is directed by Ma’an Mouslli 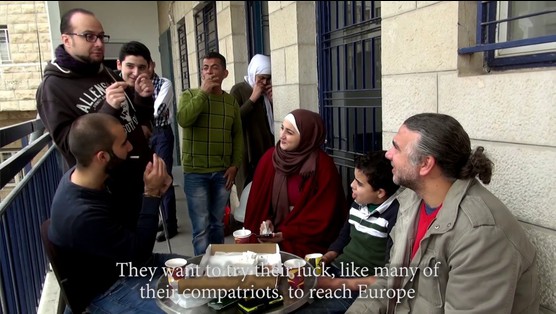