Abby needs to sell a script to a big Hollywood producer and she won't let anything get in the way - including the story.

Patrick Coleman Duncan is an Actor and Award Winning Filmmaker. Originally from Louisville, KY where he was a charter member of the Walden Theatre, a preparatory training program for professional bound actors, he currently resides in the Los Angeles area.

Patrick attended Southern Methodist University and received a BFA in Acting there while also studying writing for stage and directing.

After college he moved to NYC and began his filmmaking career with a short film "So, What's In Jericho?" After completing "'Jericho?", moved to California and wrote, directed and appeared in several short films including "Hollywood the Hard Way", "The Shabbos Bigfoot", and "A Mock Time: A 'Star Trek' Wedding.”

Co-founded a filmmaker support group called the Los Angeles Filmmakers Network and contributed to several short films and a feature with the group. He is current member of the Hollywood Filmmaking Collective We Make Movies and hosts their monthly Test Screening and Feedback series for films-in-progress. He served as the Program Coordinator for the NewFilmmakersLA screening series.

As an editor assisted on the Feature Documentary "Carbon Nation" and edited the narrative feature "Assisting Venus" starring Michael Steger and Julian Sands.

He appeared as Dobson's Father in the web series "Project Hollywood," also acted in his own script "Misery Date" as well as many other sketches for We Make Movies and recently appeared on NBC's "Parks and Recreation." He has also appeared on network Television shows "Days of Our Lives," "Guiding Light" and "Law and Order."

Sometimes our dreams run up against reality and we're all too willing tosettle for less than the ideal. I made "Life's a Pitch" because I decided it would be fun to have a laugh over it instead of complaining.

After all, if you're the one who sells out your dream, you can't blame the buyer. Thanks for watching! 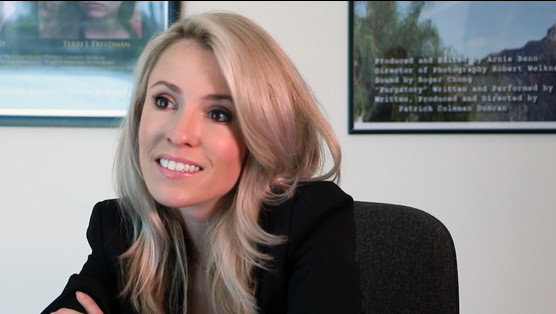