A visual poem of a 3-year-old boy's journey of self-discovery.
Kaminda revisits David’s childhood adventures narrated by a young voice in spoken words written by Juan-Carlos Goilo.
From the dry northern plains to the atmospheric damp caves, Kaminda takes you through the rustic landscapes of Curaçao with stunningly captured scenes. Hear the primitive sounds of Curaçao's "Muzik di Zumbi" accompanied by scenes shot under water, on land and in the air.

The unpredictability of nature and a 3-year-old boy presented some challenges when shooting certain scenes. But there where also these moments where all I had to do was press record and watch something amazing unfold in front of me.
This resulted in a film that resembled the purity of the story.

In 2017 I created my first film on an iPhone 6. Since then I’ve been experimenting with mobile film. When shooting on mobile the rules are completely different. This drives me to think outside the box and think of creative ways to capture that epic scene.

David van Delden is a Dutch Caribbean tech entrepreneur and co-founder of Ngrane, an award-winning digital agency for design and technology. He has over 10 years of experience as a Creative Director, working with both small and Fortune 500 companies such as PepsiCo, Emirates, Dutch Ministry, Nike and Yamaha to explore digital opportunities and build communities that help people thrive. David has over 15 years of experience as a designer and is specialized in platform design, UX/UI design, photography/filmmaking and branding.

The origins of my identity, language and creativity lie in the southern region of the Caribbean sea. On the island of Curaçao is where I first felt the breeze that echoed the voices of the natives. Here is where mother nature taught me the importance of mindfulness, empathy and healing.

Kaminda to me was as much about telling the story of growing up in Curaçao as it was about rediscovering my own childhood adventures. 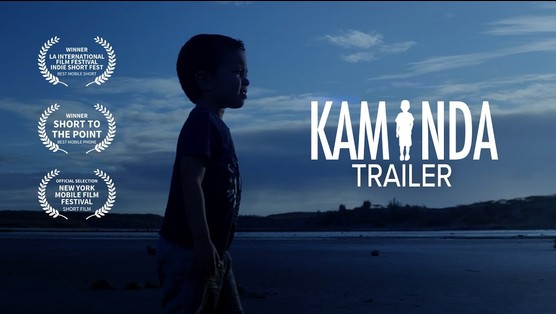