The short film Innocent Love is a story that talks about pure love and it's unquestionable sacrifice.
Showing how a boy will sacrifice everything to save his love from death.

Even in early years Vital had a fondness for filmmaking when together with one of his friends who's father was a filmmaker himself got Vital interested in filmmaking when they made their first action packed film on a mutual friends birthday party. After that when Vital's father bought his first video camera Vital was immediately hooked on filmmaking and started trying to make films with his friends. But of course with the limited resources as children they were not able to produce any real films. After some years as Vital studied graphic design at university firstly discovered photography and later on filmmaking all reminded him how he wanted to be a filmmaker as a child. Unfortunately without access to any kind of filmmaking equipment his interest for filmmaking was kept at bay for another few years. Until while occupied with his other interest dancing, Vital got a chance to act in a commercial as a dancer. Being on a real filming set reminded him of how much he had wanted to be a filmmaker when he was younger and with help and encouragement from his partner he decided to get back into filmmaking. At first trying to get acquainted with the craft and learning as much as he could so he tried to find work as an extra on filming sets where he could observe the workings of a production and also reading books on filmmaking. After some time Vital decided that he had to start putting his theory into practice and together with his partner they decided to film their own dance video since they were both dancers and interested in filmmaking. Together they learned how to approach a project like that. Soon after completing his first project Vital was contacted by some friends who also wanted a dance video and after that things took of and together with his partner they formed Mirror 2 Mirror Productions. Recently Vital has directed and produced many music videos, a few short films and had begun development of his first feature psychological thriller with a US based producer. Together with his team he has also recently been working on two tv series pilots. But still the desire to create narrated films has gotten even stronger.

Well Innocent Love was a challenging project from the beginning because the whole concept was to create a proof of concept pilot episode for the TV show that we named Forgotten Wisdom.
The problem was that the original streaming service we wanted to pitch wanted to see a finished proof of concept pilot before they would decide if they would pick up the show and give us funding and so the episode was finished as a short film.
So that left us in a position either drop the idea or try and create a pilot on our own. Since we didn’t have the financial backing to make it happen we decided to do it with no budget whatsoever.
To top off everything, 2020 came along and dropped problems all over the board but still we were able to scrape up about 150€ for gas money and food and somehow managed to shoot everything in two days even though I estimated that we would need four days to shoot.
Then we had problems with locations dropping out but still we were able to shoot almost everything in the two days.
But the last few shots were a problem because we waited too long and got shut down by lockdowns. In the end we decided to modify the concept a little and shot the last few shots at home.
The entire team and crew was composed of non film industry professionals but we found a way to make everything happen. For example the costume designer used to work in a theater doing costume design and the lead actor is a musician and was able to create the score.
All in all I think we did an amazing job working together to create this narrative short and I’m really proud of the entire team. 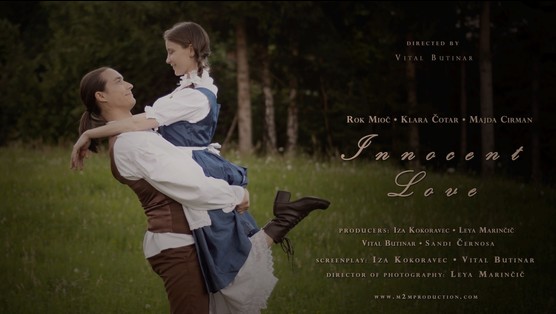