The film shows the fragmentation of Hong Kong society under the social movement started from June 2019 that has attracted the attention of the whole world.
We chose three particular dates including the Chinese National Day and District Council Election, continuously filmed seven Hong Kong people from different backgrounds. The seven protagonists including a Hong Kong Police Force that we got special permission to film, a front-line protester, two district council members from pro-democracy and pro-Beijing parties, a First Aider in the protest, a local tea house owner and a taxi driver. Through their real working life scenes and their stories, combined with the Hong Kong urban space, objectively present the vivid life and views of Hong Kong people in this movement.

Zhou Bing
Zhou Bing is well-known Chinese documentary director. He is the founder of Asian Art&Film Foundation, PhD of Art History, visiting scholar at USC and visiting professor of City University of Hong Kong. Zhou Bing has directed and produced hundreds of documentaries since 2000, his works include Forbidden City, Dun Huang, China Buddhism, South of the Ocean, The Bund, When the Louvre Meets the Forbidden City, which have been broadcasted on CCTV, National Geographic Channel, The History Channel, SkyTV, NDR, Arte and many other international mainstream media. He has won more than 20 documentary awards in China, the feature film "The Yangtze River" he produced won the Silver Bear Award at the Berlin Film Festival. He has been a judge of the 15th Shanghai TV Festival, the 2010 Beijing International Film Festival, the 2013 China International New Media Short Film Festival, and the 2018 Guangzhou Documentary Film Festival.

I have lived and worked in Hong Kong for more than 5 years, and always wanted to make a documentary of this city. Started in the second half of 2019, we witnessed a fierce conflict that changed Hong Kong's history. As a documentary director, with the encouragement and funding from my friends, and the participation of European documentary filmmakers, we filmed seven Hong Kong people during three months. The protagonists including a front-line protestor, a First-Aider, a taxi driver, a local tea house owner, a police force, a district councillor and a young girl who participated in the election. They live in the same city but have different lifestyles and values! I tried to record their story from a calm and objective angle, in a direct film way. We chose to film their different lives and behaviors on several dates that are very special for Hong Kong people at the same time, in different places in Hong Kong. Let every protagonist face our camera to truly and bravely express their inner thoughts. What I want to tell the audience is: In this historical event, Hong Kong people are in a kind of opposition. At this special moment, all of them is protecting the city in their own ways and purchasing for a better future of the city. 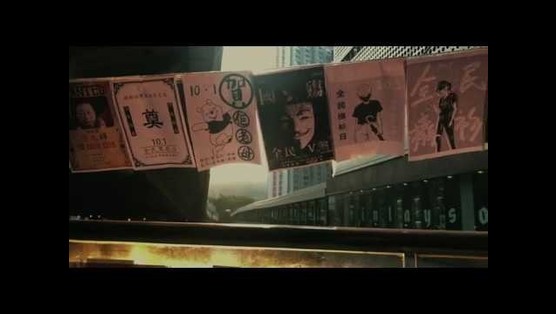