A psychopath kidnaps addicts and forces them through torturous rehabilitation.

Hello, I'm Stephen and I am a lifelong fan of cinema.

I decided in 2017 to actually make a movie out of a script I had written in the same year called 'Hellthy'. Alongside my day job as a photographer.

This film has a budget of about £9,000 and was shot entirely in 4K. The above screener is only in 720p, but a 4K version can be available on request via a blu ray disc. It looks a lot crisper and lighter in the darks compared to this screener version.

The entire movie was shot locally in and around Norfolk and Suffolk in the UK.

Once I had recruited some actors and make up artists, we started filming in February 2018 and finished in July, shooting around other people's schedules and our jobs.

It took me about 11 months to edit, this was very painstaking and I learnt everything myself. From basic editing, to visual effects to sound mixing.

I made many mistakes, pretty much every mistake you can make on a debut feature, but have learnt from them all. In fact I really treated this movie as an unofficial "film school".

In November 2019, I will be giving up my day job to seek out new ventures in the film world. In doing so, ideally I would like to get Hellthy into some film festivals if possible, so that I can network with like-minded individuals who may want to create with me in the future.

I genuinely appreciate your reviews and thank you for your consideration of this film. Feel free to contact me with any questions or queries you may have. 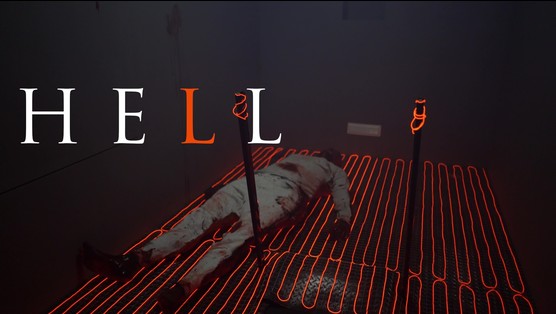