A group of heathens chases down their sacrifice before the school bell rings.

As a senior in high school, I had aspirations to play football at some major D1 college like the University of Texas. But after my last season of football, my priorities changed. I got a girlfriend (whom I’m no longer with, naturally) and I started to look at what else was out there. And honestly, it was a relief to not have to focus on football anymore, but then what was I going to do? Study architecture like my dad? Not in this life. I needed something more liberating.
So, my tastes started to expand thanks to my wacky theater teacher (with whom I’m still friends with today). And in my second semester of senior year, he introduced me to some crazy experimental films that blew my mind-hole! Like the works of Alejandro Jodorowsky along with some really “out there” music (insert John Frusciante’s solo stuff). Jodorowsky is the man though!

I also helped my theater teacher by working behind the scenes on most of the theater productions during that semester. Including an insane adaptation of the Wizard of Oz. I remember a lot of us would stay super late on school nights smoking, drinking, and putting sets together. It was a blast and filled with some of the most memorable nights!

I started to notice how much I loved the production aspect of a show and how much I had in common with the “weird” theater kids. I loved building sets, setting up the looks and effects, rehearsing, and the overall theatricality of it all! So I thought to myself, “what if I focused that love and energy into something else that I love? Like movies!” Then it clicked!
And so with his help and this reinvigorated love for movies, I had decided that film was the route I was going to take.

After I graduated, I went on to earn a Bachelor’s in Fine Arts in Digital Filmmaking and Video Production from the Art Institute of Dallas.

I am currently a Video Producer for a tech enterprise in Irving, Texas. And here I am, 15 years later, still focusing most of my love and energy into making short films with the hopes of raising enough funds to eventually make a feature film.

Have faith and trust in yourself. 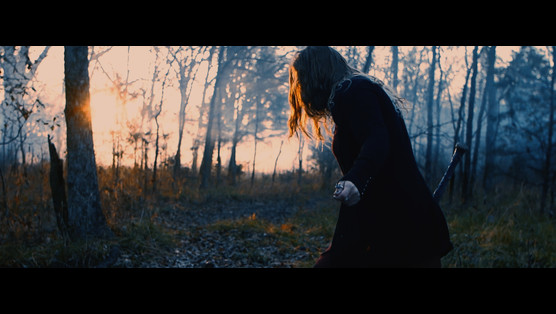