Michael Amter developed an exquisite personal vocabulary of metaphorical imagery over the years. He began serious artistic study at Washington University in St. Louis. There he was recognized early for an obsessive work ethic producing a unique expression. During this time a number of his paintings were stolen during a special exhibition at this institution.

Michael has a truly diverse background, including extensive work in television and film production to support his personal artistic endeavors. The artist has exhibited extensively throughout the globe, beginning professionally with the iconic 01 Gallery in Los Angeles during the early 90’s. Later he would be known for a wild variety of film/video experiments, rewarded by several opportunities to contemplate various themes with extensive travel in France, Japan, Singapore, etc.

The artist has encountered a number of humbling moments in relation to his personal expression. Notably a request by former director Mr. David Ross to provide a submission for the Whitney Biennial in the 1990’s. Michael’s piece created for a special 9-11 memorial exhibition is included in a collection with the US Library of Congress. However, his most memorable experience proved to be visiting the impressive special needs artists of Atelier PorePore in Tokyo during the Fall of 2016 and Summer of 2019. Currently a sampling of the artist’s drawings can be found at the Pierogi Gallery on the Lower East Side of Manhattan in NYC.

"A prior study revisited during the pandemic shutdown. This series was originally requested for an exhibition contemplating the complexity of contemporary erotic culture. The 10 short pieces were designed to loop individually in a gallery installation, employing several recycled computer monitors. However, the work was not included in the planned presentation, and has never been formally exhibited in a public venue. Now the experimental animation has been reworked, remastered, and reproduced in an HD format to stream together. The challenging thesis involved interpreting sexually explicit, adult material, encountered via the internet during a determined time period. Examinations of various concepts, including addiction, beauty, desire, gratification, identification, objectification, obsession, masochism, sadism, etc."

Heavily influenced by American popular culture, the artist worked for years to finance individual expression via film and television production. Encountering these professional environments stimulated a desire over time to experiment within a variety of contemporary mediums. Gradually he developed a personal interpretation within these mediums, similar to an animated moving sketch. Eventually producing fast moving graphic loops consistent with prior work mediated in more traditional venues.

Michael has always been fascinated with scientific themes, referencing the constant relevance of space, time, gravity, etc., upon the human experience. A heavy psychological narrative dominates this personal contemplation. This involves a constant questioning of one’s existence, including perceived moral imperatives, ethical dilemmas, stubborn paradoxes, etc. Consistently attempting to break down incredibly complex thoughts into the most simplistic expression, while attempting to maintain some essential relevance.

The artist began to weave these experimental miniature clips into larger themes mimicking the increasing speed of daily life over the years. His work evolved from mere projection pieces into multifaceted installations employing recycled contemporary technologies, juxtaposed with other traditional mediums, including print, photo, etc., intended to contrast the past and present. Most recently, Michael’s experiments involve documenting the projection of various film concepts upon relative site-specific targets within a wide variety of public, private, urban, and rural, environments. 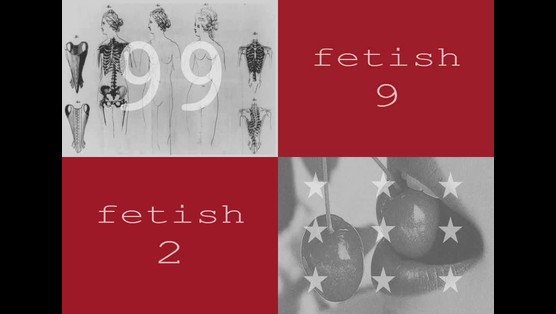