Brian Curl is President and founder of Heartland Records Nashville and Curl Animation Studio. Brian started in the business of entertainment in 1995 where he owned and operated a 23,000 sq ft Music Venue. Stepping into an additional role in 1997-1998, he was part of a award winning country comedy act performing in Oklahoma, Kansas and Missouri. Always loving music, in 2003 he opened Agape Entertainment, Promoting Artists and their music to Music venues .

In 2004 he founded Heartland Records Nashville. The label signed many great artists, among them were: Brian Black, Tim Pardee, David Steen and Rebecca Frederick. Heartland Records Nashville quickly became recognized by the Music industry as a reputable label. With that recognition Brian was able to sign to the label and produce albums for TV and Movie icon William Shatner, music icon Jeff Cook from the award winning group “Alabama” and award winning group Cash Creek. He has also produced music for Neal McCoy and Home Free along with many other artists.

Heartland Records Nashville has been a Josie Awards two time winner as Record Label of the Year in 2017 and 2019. In 2020 Brian gained international recognition from the International Red Carpet Awards in Holland, Netherlands as Producer of the Year.

Brian is a member of “The Recording Academy “

During the pandemic the music business in general slowed. It was then that Brian found yet another creative outlet. Always loving art and animation he started studying the newer type of animation, 3D. After learning and investing in this new medium the idea came to him that he could offer these 3D animated videos to music artists. Due to Covid, music artists were having difficulty getting together to create their music videos and to promote their new singles. The production of a 3D animated music video can be very expensive for a artist due to the time it takes to create the characters, backgrounds and to animate and lip sync them for a 3 to 4 min video. Brian founded in March 2021 Curl Animation Studio. Brian developed a way to create 3D animated Music Videos for artists at an affordable price with a fast turn around time.

Brian has since produced and directed many artist music videos and advertising videos.

Artists having a animated video created has no limitations on what you can do and scheduling time frames of other actors, extras and weather have no effect on the production.

Even if you want to be a live performer in the video it can be achieved through green screen footage. 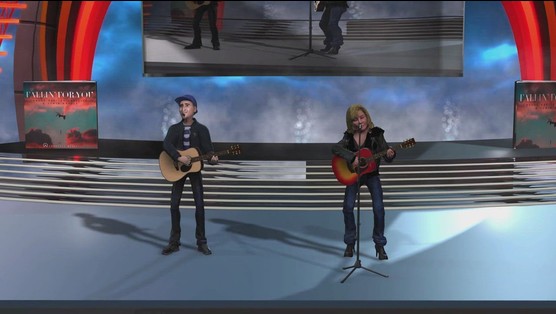