What if the video frame fought back? FRAME FUMBLE is a new and innovative slapstick/vintage comedy short film that explores the misadventures of a stressed computer worker and his troubles with the aspect ratio.

Alexander Griffin is an award-winning filmmaker on the Autism Spectrum (PDDNOS). Griffin achieved his filmmaking start in 2019 at the State University of New York (SUNY) at Oswego's Cinema and Screen Studies program, studying under experienced professionals, some with major film credits. Since childhood, Griffin was inspired by the technical beauty of video as well as the theatrical magic of cinema. In January of 2020, Griffin had launched his own personal multimedia production company, Dream Corridor Productions, under which he filmed and published a collection of short films from documentaries to space fantasies, as well as filmmaking videos for newcomers to the craft of cinema production.

For this film, I was inspired by Walt Disney's classic cartoons starring Mickey Mouse, as well as the chaotic slapstick energy of Charlie Chaplin and Buster Keaton. As an audience member myself, I have been fascinated with the aspect ratio and its ability to sculpt the action of the film between its borders. FRAME FUMBLE aims to answer these questions: what if those borders could change while you were watching? What would happen to the character(s)? The setting? The conflict? And what if the aspect ratio in itself was a character? 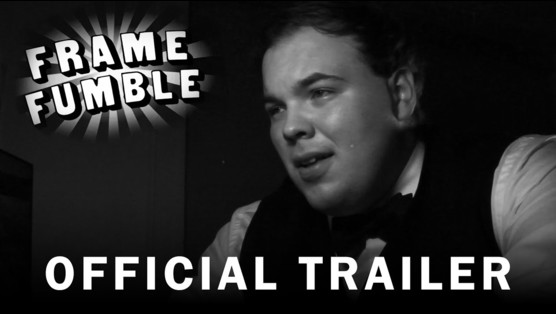