"Escape Room" is an award winning film (best screenplay, best editing, nominated for best film, best music score and best acting) about a brilliant student who is bullied in high school and suffers from OCD reluctantly joins her popular friends at a horror-themed Escape Room game. When the group realizes that a revenge-seeking Game Master has set them up in a custom-made deadly trap, the five teenagers start turning on each other. They have to join forces in order to get out of the room alive. The theme involves love, trust, teen issues and the importance of friendship. It is our hope to inspire audiences to pursue the idea of standing up for one another when confronted with adversities caused by a valued one.

Bessy is a film director, producer and screenwriter resides Los Angeles, California. She holds an MFA in Film Directing from CalArts as a Fulbright Scholar and a BA in Film & Television from Istanbul Bilgi University. Most recently she graduated from UCLA Professional Screenwriting program developing two feature screenplays. She has a passion for satirical comedy and likes to have diversity in her work.

She was a screenplay grant winner in Turkey, she wrote and directed “Tolerance” and “Strange Little Girl” screened in several international festivals in Los Angeles “Pasadena Art Center Film Festival winner”, New York “Brooklyn Art Film Festival” and Istanbul “Akbank Film Festival winner”. She directed and hosted an international documentary “Mysteries of Cinema” and “Inside the Lens” for V1VFX Studios. She has worked as a freelance Assistant Director, Script Supervisor and Production Assistant in commercials, independent films and Television formats. She also taught “Film Production” and “Film Editing” classes in University. She worked as a freelance videographer/photographer mostly for art events and promo videos.

She started her own business in 2015 and opened “Queen B. Film Hive” for all kinds of Film & Television productions. Her dream is to bring her original screenplays come to life and direct movies in Los Angeles. She directed and produced two short films in 2018 “Escape Room: Proof of Concept” for feature screenplay “Shadows in the Room” and a sequel filmed at Warner Bros studios won an audience award “Mask of Revenge” After working on a short film for over a year, she sent it out to film festivals and earned success. Her next dream is to attend Sundance Film Festival and one of Sundance Labs. She recently was interviewed by Shorts.tv about her distributed film escape room to be in the filmmakers spotlight in Europe and US.

We all have inner monsters to chase and traumas to deal with. The reason I chose horror as a directorial feature debut genre is because I grew up watching and loving horror ﬁlms. I came a long way to make one. Flew to Los Angeles, learned Film Directing from the professionals, then developed my screenwriting skills. Worked on ﬁlm sets as a script supervisor, assistant director. Wrote, directed and produced several short ﬁlms and documentaries until I felt the conﬁdence to make my bloody ﬁrst horror ﬁlm ESCAPE ROOM and now ready to give my 100% to my ﬁrst feature ﬁlm SHADOWS IN THE ROOM as soon as I get the greenlight. It's been a hassle to make this film happen and I am hoping everyone cast & crew who put enormous, time and effort will enjoy the acceptance and awards from film festivals with me as it's a much needed motivation for all of us on our career paths and to rewake our team spirit.

From screenwriting to fundraising, production to post production it's been an overwhelming and exhausting experience for me as a director with limited resources however I believe, I finally made a film that surpasses all my previous short films and will earn the recognition it deserves. 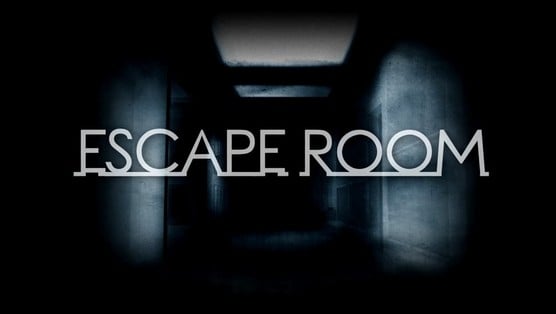