Actually the day starts like any other for Lea, a backpacker from a foreign country, but soon the familiar serenity of her current whereabouts begins to show some unexpected downsides. The all too common dream of a perfect, idyllic lifestyle becomes a full-blown nightmare.

First Lea can’t quite pin down what it is but something about her surroundings seems to be slightly off and starts to appear a little surreal. She walks down a road along some beautiful gardens and estates. It is a hot day which contributes to her feeling of disorientation and she decides to sit down in a cafe at the esplanade to refresh her mind with an iced chocolate. She gets drawn into the conversations around her and at some point she notices that they are repeated among the people at the different tables. After a while she begins to see plastic mannequins instead of the cafe guests as their perfect doubles, still continuously repeating the same superficial chatter and the same shallow topics.
This is too much for Lea. Doubting her sanity she runs off the cafe, down to the beach, to clear her mind. On her way she meets more mannequins, all of them neatly blending into the picturesque scenery. At the beach the same sight: lifeless perfectly styled dolls meticulously arranged along the tranquil coastline. Suddenly she perceives something in the distance that sounds like a human voice, desperately crying for help. There seems to be a woman struggling and potentially drowning in the sea. Lea tries to get the attention of one of the mannequins, that lies next to her in the sand, but neither her nor any of the others seem to react at all, so she decides to swim towards the victim alone. It is a shock for her to realize that the person she lifts out of the water is in fact just another mannequin. Whilst she frantically swims back to the shore she notices a few mannequins standing there and watching her. When she comes closer they block her way, so she can not step out. Even though Lea pleads with them to let her through the dolls show no mercy and threateningly move in closer, as the mannequin that she tried to save before approaches her from the back. Lea gets dragged under water and struggles for her life until her strength slowly ceases, whilst the dolls’ beautiful frozen faces still show no hint of emotion.

The question stays open whether Lea really gives in and dies or whether she only just dies to the meaningless illusions around her and maybe just pretends to become one of them.

Stefanie has always had a passion for artistic expression of all kinds, and in filmmaking it all comes together for her: the story, the music, the visual aspects and the action.

“Dreams of Reality” is her third short film and also her biggest endeavour as a filmmaker so far. Her two previous films “Re-entry”, a music video, and “Rausch”, a fashion/arthouse film, have each been selected into 3 film festivals, with the most notable one of them probably being the Miami Fashion Film Festival. On top of the official selections the films went on to garner 1 semi-finalist and 2 finalist upgrades altogether. Out of practicality Stefanie usually works behind as well as in front of the camera, doubling up for various roles, to lift her projects off the ground.
Apart from her participation in several drama classes in Germany and abroad her formal education amounts to a Fine Art major from high school (Gymnasium) and a minor from university, plus internships at Bavaria Film Studios and Radio Energy, and also a position as a production assistant at RTL München Live, a former local TV station in Munich, where she is born and raised. Over the years she has gained professional experience as an actress, model, singer and dancer in an international environment, and in 2011 she received a best actress award at the Ignite Film Festival in Sydney, Australia, for the short film “Take it on”, produced by the Salvation Army, which also aired on national television over Christmas. In addition it was also her practical experience in photo shoots and other film and music projects in collaboration with like-minded artists, that have helped her artistic and personal development immensely.

For more information and for a display of some of her work please feel free to visit her website www.stefaniehoefgen.com. 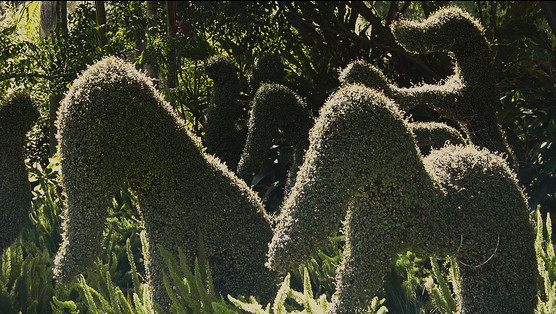