Him, Her & Ariel In Quarantine In the heart of a pandemic due to Covid19, in a national quarantine, with the means I had at my disposal, I wanted to create something that could describe how important simple moments can become that in a normal life seem almost trivial, routine but in the end they are precisely those moments that mark the passage of time and fill you with life. Moments, booming and slow moments where, as a backdrop, there is the sweet company of a coffee that will arrive ... and then enjoy it with more love and dedication.! All this with a wonderful harmonic melody by Piotr Ilich Tchaikovsky - Waltz of the Flowers from "The Nutcracker"

Marco Arnemi, was born in Cantù on August 13, 1984. He began his career as a florist in the family business, with an entire dynasty behind him that has always practiced the same profession. Not happy with what he had learned up to that moment, he decides to deepen his knowledge by entering different realities and specializing in floral scenography designers and interior design and luxury objects.
A change of course offers him the possibility of fulfilling a desire to which he has always aspired. In fact, in May 2012, he passed the selection process and joined the team of animators of Samarkand. He becomes a nice and sunny character, as well as a contact animator and also begins to take his first steps in the world of the theatrical show,
Thus he discovers that with his funny and sunny way he manages to give smiles and lots of fun. Public relations are his ace in the hole: he has a strong ability to involve all those around him with spontaneity and a pinch of madness, from friends to colleagues and even guests of tourist villages, so much so that he is among the candidates for the year 2012 / 14 and winner in 2016 at the “The Best” award for animators.
It is thanks to this wealth of experience that he is spotted by Andrea Bauce, an emerging director, who is intrigued by him being a comedian of him. He then decides to submit him to a casting for a new television project he has been working on for some time. The meeting between the two is an excellent start for Marco's career in the television world. He is in fact included as a leading actor in the TV format “I Cuochi Pasticcioni”, in the role of Ciccio, a clumsy cook who wreaks havoc in a quiet kitchen. The first edition of the format is successful, to the point that the second edition is now broadcast on SKY and Digital Terrestrial. In the last TV Project I have covered the role of "INTRUDER \ PENALTY" & disguises at the test of the cook on Rai1
For him there are no secret ingredients, only spontaneity, feet planted on the ground and head in the clouds. Typical Of Artists. 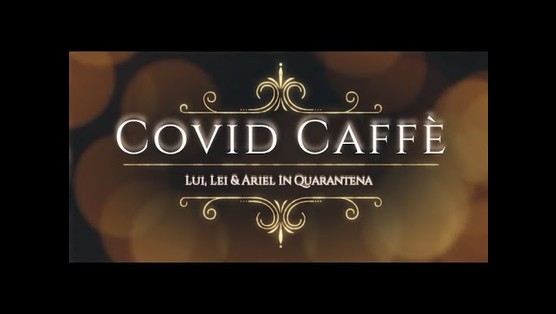