A tragic story of platonic love, from the most unlikely perspective.

Tara Rule is a film maker, actress, artist, musician, and writer from New York. She has been performing since the age of 5 and has been featured in a number of films, commercials, albums, and touring productions.
A new film maker, Tara has produced 2 films in the last year. Her first ever film, Cato, which she wrote, produced, directed, edited, and composed, which has yet to premiere, and Before The Fern, which gained recognition as "best in short film" on TVFilm's season 6, episode 12.

Tara has received national recognition for her vocal abilities and live performances.

Tara’s visual art has circulated galleries world wide. Her pieces were displayed on Baltimore’s LED artist billboard in 2016. She is most known for her controversial portrait work, which she stated was a way to cope with living with a rare, chronic, terminal illness. She has been featured in several art magazines and websites, as well as on several art podcasts.

Tara has participated in many organizations to help advocate/raise awareness for social injustices, animal rights, prison reform, and worldwide amnesty.

Tara has starred in a number of films that are currently in post production and are expected to premier within the next year.

Cato was meant to be a passion project to help me cope with a chronic illness that nearly took my life, and left me disabled for many years. I wasn't sure what to expect, but the end result told a story I never knew was there. My best friend, Laura LaFrate and I intended to make this film as a way to heal. We never intended to show it to the rest of the world. Once the film was completed, we both felt that there was something there that needed to be shared. The film no longer felt as if it was only a means for us to heal, but a means to help others heal as well.

Cato is my first ever film. The film was made over the course of 4 days with rented equipment and a 400 dollar budget. All aspects of the film - writing, editing, directing, acting, and composing - was handled by the both of us. 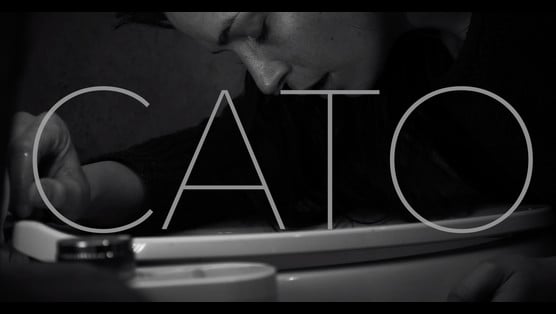