Casual Pimpin': Behind the Classic Album

Is Casual Pimpin' by Tim Ellis one of the greatest albums of all time? This short-form mockumentary series – combining original comedy songs with absurdly serious interviews – explores the legend of an unknown classic.

TIM ELLIS is a comedian, actor, and singer-songwriter who released the album Casual Pimpin’ and the web series Casual Pimpin’: Behind the Classic Album. Tim co-hosted the long-running comedy shows Manifesto! and Of the Moment in NYC. He performed his solo show An Inquiry into Human Understanding at Ars Nova, the PIT, and UCB Theater. Tim's acting credits include Law & Order: SVU, Onion News Network, The Dictator, and his own play Mr. Pizza Man (FringeNYC). Originally from Maine, he graduated from Wesleyan University and now lives in Brooklyn with his wife Michelle and cat Seymour (his scene-stealing sidekick).

MICHELLE MORRISON is a former actor and current yoga and meditation instructor in NYC, who collaborates with her husband Tim on comedy, music, and video projects. She directed his one-man show An Inquiry into Human Understanding and co-directed and appeared in the web series Casual Pimpin’. Michelle is a graduate of Wesleyan University and has studied at the Atlantic Theater Company Acting School and the School for Film and Television.

This is a fictional web series based on a real album. I wanted to feature songs from my album Casual Pimpin, expand their humor visually, and do comedy bits around them, all in the style of beloved "Classic Album" documentaries. It incorporates talking-head commentary from an odd cast of characters (most of whom really worked on the album), clips and outtakes from my music videos, and archival material - blurring the line between "Tim's" imagined legacy and his actual life of trying to make it as an artist. Was Casual Pimpin' a classic album? Maybe this web series will make it so! - TE 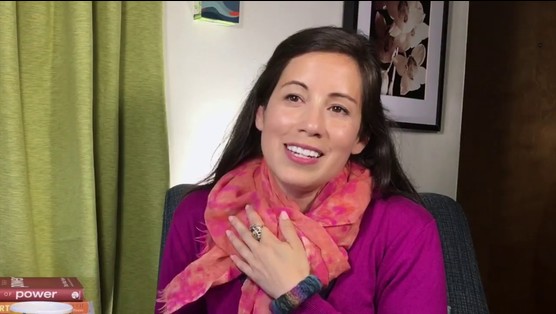