Joe Bartone embraces both the creative and technical realms of the film industry. Winner of 17 awards for writing, directing, and producing, and the 2013 team Emmy award for technical excellence with Warner Bros.' Digital End To End platform, Joe has written several features, shorts, pilots, and musicals. As a producer, he brings together the most energetic and enthusiastic crew dedicated to the creation of great content. His films and scripts focus on characters of broken people pushing through to survive. As a composer and guitarist, his jazz recordings have won national acclaim. As an artist, he writes, produces, directs, and scores his own work. He also collaborates with video editors and audio engineers in supervising the post process of indie features.

Jose Zambrano Cassella has been in the film industry since 1991, mentored by directors Robert Rodriguez and Tony Scott. As a cinematographer, he has worked on theatrically released films and over 600 national and award-winning TV commercials for high-profile brands such as Revlon, IBM, McDonald's, Victoria’s Secret, REEBOK, Kohler, Gucci, Apple, Dior, Nike, and more. He has directed the features DELIVERY (Warner Bros./ Polychrome), SECOND COMING (Universal/ Polychrome), the hit horror film THE SACRED (Osiris Films), and the cop drama TWO DAYS (RAI TV-Europe). He also brings music video directing experience, having directed videos for international superstar acts like Mana and Shakira. 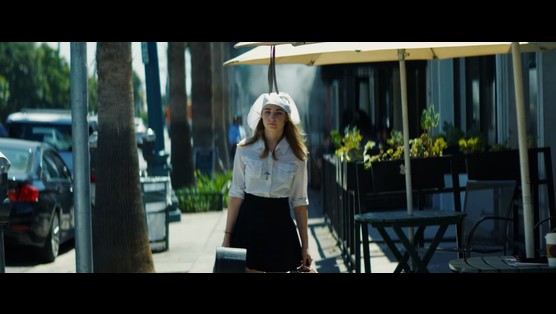